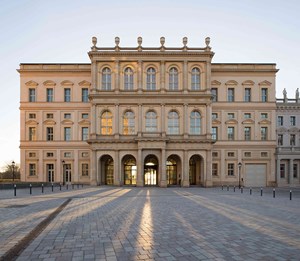 This time I was positively surprised by the two exhibitions which are now on show under one roof, occupying the vast, high-ceilinged galleries of the museum: The Tales of Congo. Stories from Mbomo and Gerhard Richter.

Just some days ago, I had the opportunity to visit one of my favourite museums in Berlin and its surroundings: Barberini Museum in Potsdam. Just 40 min to one hour away from the hip locations of Berlin, Museum Barberini is a place where I find the time and space to close my eyes and meditate for some minutes. Barberini is a brand new museum and focuses mainly on modern art and occasionally contemporary art. Although I was comfortably used to visiting Barberini to get a glimpse on Impressionist and Expressionist masterpieces, this time I was positively surprised by the two exhibitions which are now on show under one roof, occupying the vast, high-ceilinged galleries of the museum: The Tales of Congo. Stories from Mbomo and Gerhard Richter. Abstraction. Both sharing the space for three months, they compose a very antithetical context which is more than inspiring and refreshing. There is barely anything the two exhibitions have in common and yet they somehow tend to complement each other in both an aesthetical and intellectual way. 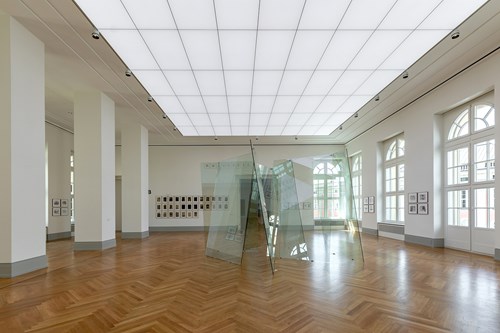 Tales of Congo is a year-long project initiated by Stefanie Plattner and Eva Vonk that visualizes fables and stories from the Mbomo region of the Odzala Kokoua National Park in the Republic of Congo with photographs by the New Yorker Pieter Henket and a documentary by the Pulitzer grant winning photographer Jasper Rischen. An ode to folklore and mythology, the project is a grandiose investigation of the intangible cultural heritage of the area where also the subtle and yet decisive relation of the people to nature and their ancestors is highlighted. The photos exhibited suggest partly staged theatrical compositions of people in ritual-simulating scenes, as inspired by Congolese folklore. 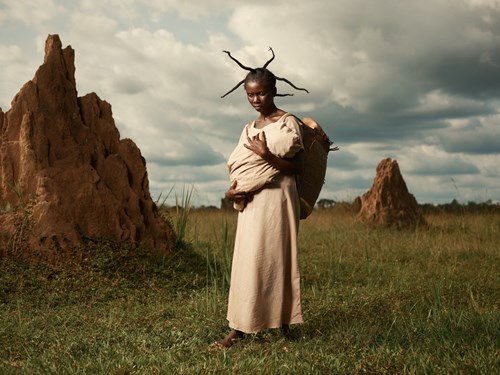 The otherwise separate spotlights shedding light on the pictures, are  replaced by deem lighting behind the frame of each picture giving an extra dimension to the exhibition and to each scene, making the visitor feel like they are part of the ritual, or more precisely that they are observers of some sacred, mystified scene. The images are placed so that they can form a sort of meditative trip, not only spatially and temporally but intellectually. The show is curated to allow space for critical distancing, reflection and observation, while the real stories behind every scene can be listened to in the accompanying audio guide and App of Museum Barberini. 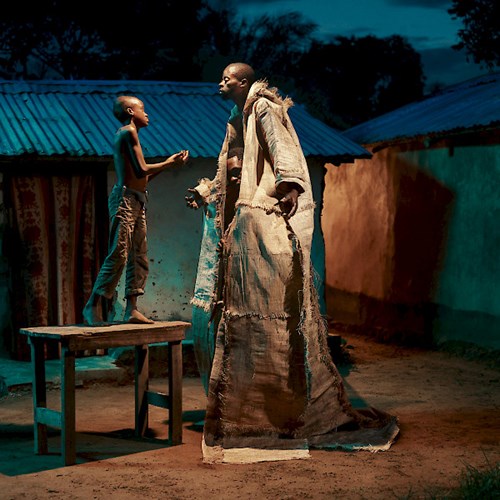 Pieter Henket, The story of the mole and the sun, © Storming Donkey Productions

On the other hand, a totally different aesthetic play is staged on the first floor in the exhibition galleries of Gerhard Richter. Abstraction. The exhibition is an elaborated retrospective show of the work of the artist from the beginnings of his career to his latest big-scale Abstract Paintings. Richter has been composing abstract images since 1964, but is only until 1976 that he decided to start working on what are his most iconic images: the Abstract Paintings. The museum has now chosen to show 94 works from the 60s until now, thus highlighting the process and development of the artist through the decades of his art career. 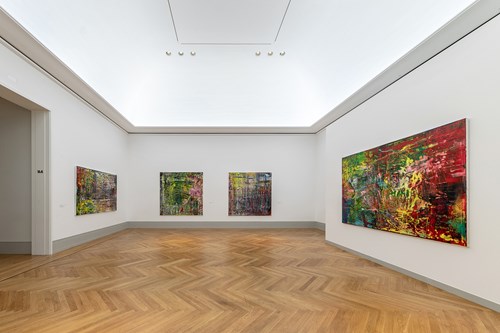 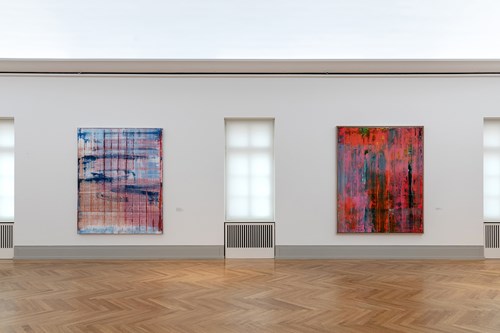 As Ortrud Westheider, director of Museum Barberini mentions “Abstraction runs like a golden thread through Richter’s painting. As volatile and diverse as his changes from one phase to the next may have seemed to some of his contemporaries, Richter’s work has nonetheless resolutely furthered and transformed abstraction. By deliberately incorporating chance, he minimizes the artist’s conscious control of the painting process. Richter emphasizes a grid structure over spontaneous creativity and draws a squeegee across entire canvases. He eschews subjectivity and references outside of art. These abstract works function on their own terms.’’. A rich programme of activities surrounds the exhibition programme.

The two concurrent exhibitions which run until the end of October open a very interesting dialogue between allegory and abstraction, folklore and imagination while the temporalities of the two worlds that the exhibitions suggest offer the visitor the ability to oscillate from  ancient years to present day.