After Eighteen Years, the Founder and Director of Foam, Marloes Krijnen, is to Stop Doing ‘the Best Job Ever’ 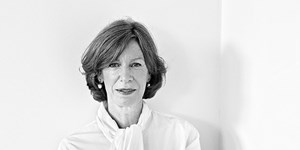 ‘This is a job that demands a huge amount from you,’ she declared. ‘Before too long I will be sixty-five and I want to start on a new phase of life. So I’ve decided to give up the best job ever as of 1 September this year.’ From that date onwards, Foam will have two directors, with Marcel Feil as artistic director and Nynke de Haan as managing director.

‘This is a job that demands a huge amount from you,’ she declared. ‘Before too long I will be sixty-five and I want to start on a new phase of life. So I’ve decided to give up the best job ever as of 1 September this year.’ From that date onwards, Foam will have two directors, with Marcel Feil as artistic director and Nynke de Haan as managing director. Feil is currently deputy artistic director and De Haan deputy director of corporate affairs. Between them they have thirty years of national and international experience in fields of photography, art and culture. 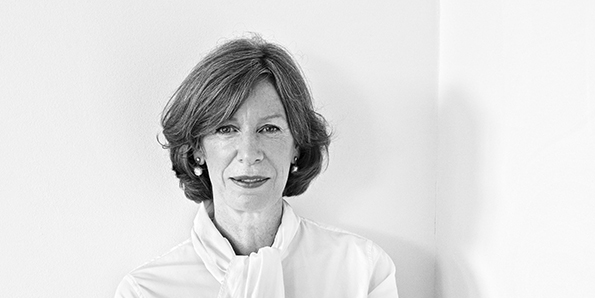 Ingo Uytdehaage, chair of the board of the Foam Foundation, has recently stated: ‘Marloes has achieved truly great things with the creation of Foam and with the way in which, over the past eighteen years, she and her team have made it the success it is today. The board is extremely grateful to Marloes for the energetic, enterprising and unifying way in which she has always performed as director. Under her leadership, Foam has developed into a cultural organisation on a par with the very best museums in the photographic field, in the Netherlands and abroad.’

Krijnen has been director of Foam since 2001. In late 2001 the city council decided to support the plan she had made to set up of a photography museum in Amsterdam. Foam opened its doors on the Keizersgracht in Amsterdam in May 2002 with the aim to inform and inspire the broadest possible audience by showing all facets of contemporary photography.

The FOAM Footprint
Due to its founder’s strong instinct for cultural entrepreneurship and artistic relevance, under Krijnen’s leadership Foam has developed into a successful cultural institution, active today both in Amsterdam and on the international stage. The museum attracts some 200,000 visitors a year. As Marloes Krijnen noted: ‘The support of commercial sponsors and private donors has been of great importance from the start. Foam generates some 80% of its own income, with around 20% coming in the form of subsidy from the Amsterdam City Council (Foam is part of the Amsterdamse Basis-Infrastructuur).’

To Krijnen, Foam has always been more than a museum. She set up a photography magazine in Foam’s name with worldwide distribution, called Foam Magazine, and many activities were developed that took place inside and outside the museum, including at temporary locations such as &Foam on the Vijzelstraat and Felix&Foam in the 17th Century Felix Meritis building. As a result, Foam has gained a substantial loyal following with its varied range of events. Foam played an important part in the initiative to set up Unseen Amsterdam, the international photography fair held each year in the Westergasfabriek. With its educational activities, Foam went into local neighbourhoods, often in collaboration with diverse partners in the social arena.

Platform to International Talent
In recent years Krijnen has developed a varied talent programme and a strong international approach, with prominent events every year in other cities, including London, Paris and New York. With a special project space for young artists in the museum, a photography prize for up-and-coming international talent, annual Talent issues of Foam Magazine (and the Talent exhibitions dedicated to them), Foam has grown to become a highly valued and distinguished institution in the field of photography worldwide. Krijnen regards scouting, presenting and stimulating young talent as some of the core tasks of Foam, but under her leadership the museum has also presented work by icons of photography ranging from Henri Cartier-Bresson to Richard Avedon, Diane Arbus, Helmut Newton, Gordon Parks and Ai Weiwei.

‘I’m tremendously proud of the wonderful, extremely capable staff at Foam,’ said Marloes Krijnen. ‘They have been indispensable in achieving these fantastic results. I’m glad that my successors have been chosen from within the team and I’m convinced that with them, the future of Foam is in good hands.’

Photography has a greater presence in society today than ever before. The language of images is increasingly important, and there can be no doubt that in that sense photography has a major part to play. With the current position of Foam and its ambitions in the areas of talent development, cultural entrepreneurship and the further strengthening of its international position in photography, a strong leadership team is required. ‘We are convinced that under the combined leadership of Marcel Feil as artistic director and Nynke de Haan as managing director, Foam can build on its strong foundations and realise its heightened ambitions. We are pleased to have been able to fill these leadership roles in-house and wish Nynke and Marcel every success,’ stated Ingo Uytdehaage.