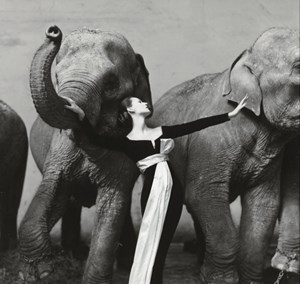 The upcoming Photographs auction in Paris on 9 November will be led by a 1962 print by Richard Alvedon of American model Dovima with a group of elephants. Considered to be one of the most important fashion photographs in the history of photography, the image appeared for the first time in Harper's Bazaar magazine in September 1955.

The upcoming Photographs auction in Paris on 9 November will be led by a 1962 print by Richard Alvedon of American model Dovima with a group of elephants. Considered to be one of the most important fashion photographs in the history of photography, the image appeared for the first time in Harper's Bazaar magazine in September 1955. 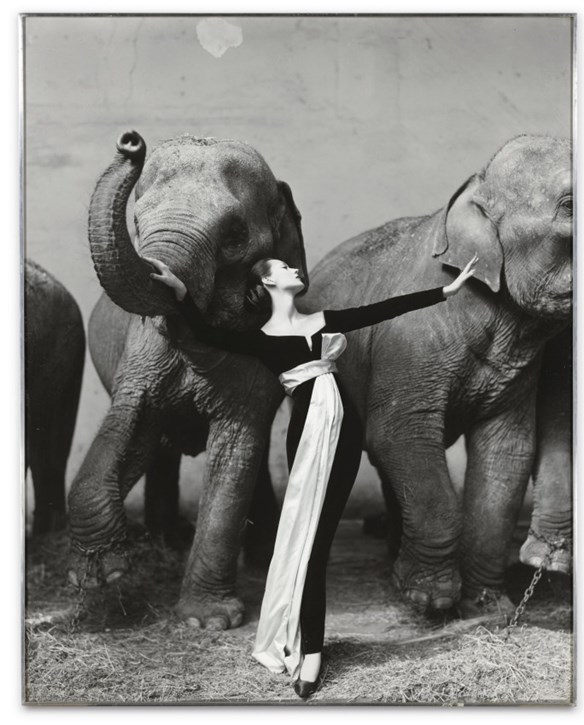 The print offered here is dated 1962 and is remarkable for a number of reasons. First of all, it was made from Avedon’s original negative before it was retouched. Secondly, it was produced for the very first exhibition of Richard Avedon at the Smithsonian Museum of American Art. Avedon made just two prints for this occasion, the second of which is now in the collection of the Smithsonian. The reverse also has an inscription by the photographer "From my home to yours", showing the intimate relationship that the photographer had with this particular print, which was hung at his studio. 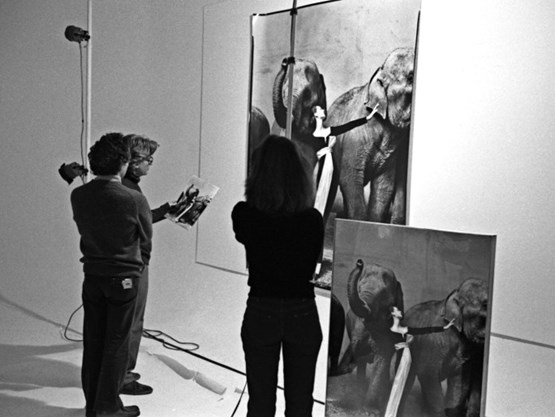 Richard Alvedon comparing prints in preparation for his show at the Metropolitan in 1978. Photography by Adrian Panaro © 1977

In 1955, the young Richard Avedon was sent to Paris by Carmel Snow, the Editor-in-Chief of Harper’s Bazaar, to photograph the fall couture collections. A series of 15 photographs by the young photographer were selected to illustrate ‘Carmel Snow’s Paris Report,’ published in the magazine’s September 1955 issue. The most famous photograph from this series is Dovima with Elephants, which received a full page illustration. 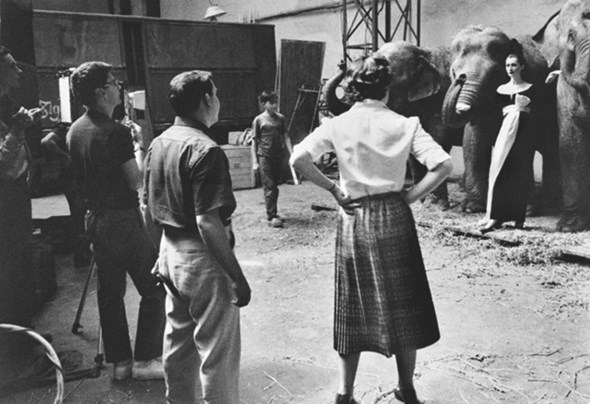 For his model Avedon chose Dorothy Virginia Margaret Juba–nicknamed Dovima for the first two letters of her three given names–who perfectly represented the refinement and the precision he was looking for. He would later say that she was “the most remarkable and unconventional beauty of her time”. She was also at the time one of the highest paid models of the period and posed for many notable photographers, including Irving Penn, Horst P. Horst, and Erwin Blumenfeld.

In 1955, Carol Reed was in the middle of shooting his 1956 film Trapeze, starring Burt Lancaster, Tony Curtis and Gina Lollobrigida at the Cirque d’Hiver. It is this location that Avedon chose to photograph Dovima and the elephants. As ever, the photographer knew exactly what he wanted “I saw the elephants under an enormous skylight and in a second I knew that I then had to find the right dress, and I knew that there was the potential here for a kind of dream image.”

This photograph is also important in the history of fashion since the evening dress worn by Dovima is one of the very first creations of the young 19-year-old Yves Saint Laurent, who was then the new assistant of Christian Dior.