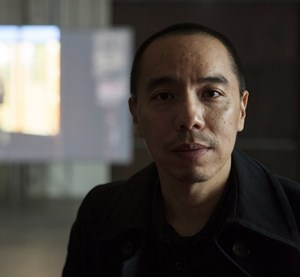 Palme d’Or award winning artist and film maker Apichatpong Weerasethakul from Thailand has been named as the winner of Artes Mundi 8, the UK’s leading prize for international contemporary art. Weerasethakul has been chosen from a shortlist of five of the world’s most important artists to win the UK’s biggest art prize, and is awarded a sum of £40,000.

Palme d’Or award winning artist and film maker Apichatpong Weerasethakul from Thailand has been named as the winner of Artes Mundi 8, the UK’s leading prize for international contemporary art. Weerasethakul has been chosen from a shortlist of five of the world’s most important artists to win the UK’s biggest art prize, and is awarded a sum of £40,000.

In a shared statement, the judges said, “When times are tough it is sometimes not safe to talk about politics explicitly and Apichatpong Weerasethakul provides us with some subtle tools of resistance: the methodology of camouflage demonstrated in Invisibility is a powerful weapon in these turbulent times. While in the west Weerasethakul is better known as a feature film director, the jury wished to pay homage to the vigorous interrogation in his gallery work of filmmaking, storytelling and the political and social position of the artist.” 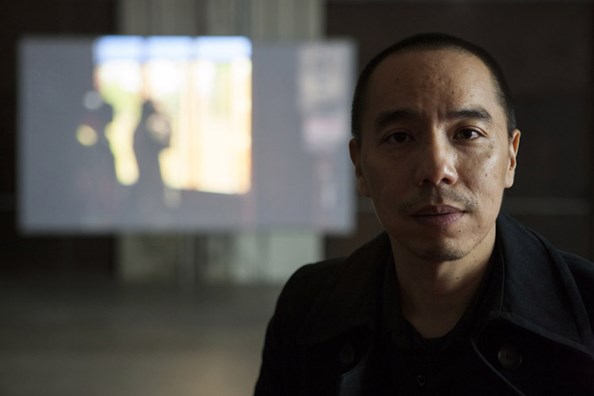 Artes Mundi 8 was awarded to Apichatpong Weerasethakul based upon the last 10 years of his practice as an artist and film maker. Reflecting upon the past and the present, the artist creates installations and films that are often non-linear and embedded with a strong sense of dislocation. His work meditates upon the dark underside of the political corruption occurring in Thailand today, where self-censorship has become automatic and where ancient animism coexists alongside hyper-capitalist modernity. Through the manipulation of time and light, Weerasethakul constructs tenuous bridges for the viewer to travel between the real and the mythical, the individual and the collective which can be seen in his Artes Mundi 8 entry, and UK premier of his film Invisibility (2016) shown across two screens at the National Museum Wales.

Apichatpong Weerasethakul’s practice exists within a space between cinema and contemporary art which has garnered him praise across the world, including winning a Palme d’Or for his 2011 film Uncle Boonmee Who Can Recall His Past Lives During his career, the majority of his work have involved many of the same actors, which has allowed him to document different phases of their lives. Frequently set in rural Thai villages and forests, his films traverse an extremely personal territory, inviting the viewer to enter the subjective world of memory, myth and deep yearning. By using unconventional narrative structures, expanding and constructing the sensation of time, and playing with ideas of veracity and linearity, Weerasethakul’s work sits comfortably in a world of his own. 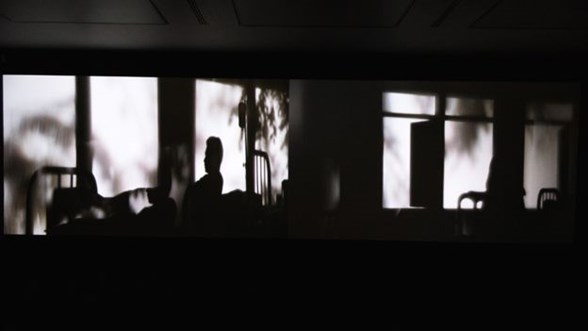 Apichatpong Weerasethakul, winner of Artes Mundi 8 has said, “This is a special day and I feel very honoured. I was already grateful to be shortlisted in the company of such inspiring and impressive artists, but to be named winner is quite a surprise. My practice is very personal and I am very grateful that through the platform of Artes Mundi my work can reach and inspire many people across the world. Winning a prize like this encourages me to continue my work and to continue to ask more questions about the world that we all share. Artes Mundi reminds us that it’s important that artists are given the freedom to express the social and political conditions that we are living in.

In Thailand propaganda is everywhere in various forms, so there is this fluidity of truths floating around, forming and shattering your identity. Art is the practice to discover one’s own voice and to be able to speak honestly and truthfully. Truth in art fosters empathy and in the world we are living in we need more empathy as well as art that communicates real truths.

I worked in the medium of film first because it was an escape, but then I discovered that it can be subversive. It is a language that can move beyond criticism and has the ability to mirror suffering fear and hope. Film creates another layer of identity that counters the other seemingly fixed narratives in our world.”

Karen Mackinnon, Artes Mundi Director has said, “We are delighted to announce Apichatpong Weerasethakul as the winner of Artes Mundi 8. In these turbulent times, art that engages with pertinent social concerns offers meaning to our lives; it can challenge, teach and console. All of the shortlisted artists have produced outstanding work for the Artes Mundi 8 exhibition at National Museum Cardiff.

This year’s judges chose Apichatpong Weerasethakul for his unique approach to his gallery installations in which he interrogates film and cinema as an expanded artistic and cultural practice. Through his work he creates liminal space in which imagination is a radical strategy of resistance. His multifaceted works are as much about the vastness of the human condition as they are about political oppression and personal freedom. Congratulations Apichatpong!”

Apichatpong Weerasethakul’s work alongside the other shortlisted works are on display at National Museum Cardiff until 24th February.