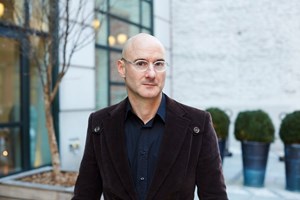 Artdependence Magazine has been reading about sexual harassment allegations at Artforum and Artnet/ Armory Show. We believe in looking at the facts. Just because there are some rotten apples in the basket, it doesn’t meant the entire basket is rotten. The magazines are distinct from the behaviour of their Directors. Artnet and Artforum are well-respected magazines and we hope to see them continue to be respected.

Benjamin Genocchio has been stepped down from his post as Director of the Armory Show over allegations of sexual harassment. The allegations were published in detail in the New York Times on November 8th, 2017. Following a wave of accusations against public figures in the creative industries, Genocchio has become the latest in a line of high profile names to have been accused of abusing a position of power and displaying inappropriate behaviour towards women.

Genocchio was previously Editor at Artnew News. Allegations of inappropriate touching, made by 5 women, stem from his time with the publication. A further 11 people have claimed that they were aware of Genocchio’s inappropriate behaviour. The Armory released a public statement: “The Armory Show seeks to maintain a respectful workplace and prohibits harassment or discrimination of any kind. After allegations were made against Mr. Genocchio in the spring of 2017, we immediately followed our procedures and initiated an investigation using outside counsel. We concluded that Mr. Genocchio’s conduct did not rise to the level of sexual harassment. We have only recently learned of the allegations related to Mr. Genocchio’s previous employment. At this time, Deputy Director Nicole Berry has assumed the role of Executive Director of The Armory Show. Nicole and the entire Armory team are committed to producing a very successful fair in March 2018.”

Genocchio released his own statement in response to the allegations. “Launching start-up news websites definitely led to conflicts with a few employees, but I never intentionally acted in an inappropriate manner nor spoke to or touched a colleague in a sexually inappropriate way. To the extent my behavior was perceived as disrespectful, I deeply and sincerely apologize and will ensure it does not happen again.”

Just weeks ago, another high profile figure in the arts world, Knight Landesman, publisher of Artforum magazine, was also accused of sexual misconduct by 9 younger women. As a result of the allegations he resigned from his post. New York gallery Blum & Poe announced that they would be discontinuing ad placement support with Artforum in an ‘act of solidarity with those making a public stand against unacceptable behaviour’.