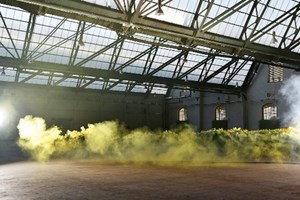 Contemporary art fair Art Brussels takes place in the country’s capital at the end of April (21-24 April). An international fair, Art Brussels is known for its discovery profile because it exhibits many young galleries and emerging artists making it a great fair for less experienced collectors to find cutting edge art. Brussels itself is increasingly becoming known for its contemporary art scene for which the fair has played a significant part.

This year, the fair moves from the outskirts of Brussels to the spectacular and centrally located Tour & Taxis building, putting the fair geographically back at the heart of the city. This year, the fair has been reduced in size, bringing together 141 galleries  from 28 countries , represented in three main sections: PRIME , DISCOVERY  and a new section, REDISCOVERY . There will also be 24 galleries participating in SOLO,  a section dedicated to presenting the work of individual artists. 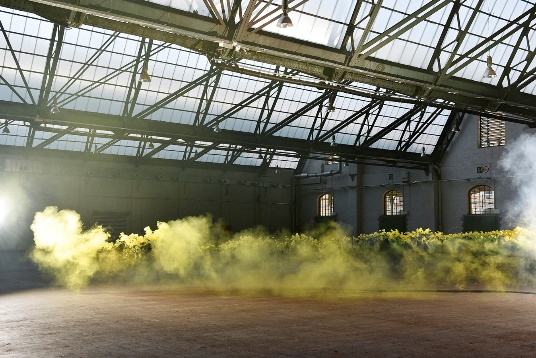 Presenting a younger generation of artists and supporting the work of emerging and young galleries, this section has played an important part in developing Art Brussels’ ‘discovery’ profile. The section was launched at last year’s edition  to bring together and showcase up-and-coming international artists whose work is not yet widely known in Europe. This year it has expanded to include 30 galleries (21% of the fair), up to eight years of age, that present works created between 2013 and 2016 by 61 artists. This section presents collectors and art professionals alike with an opportunity to make real discoveries, and consolidates the reputation of Art Brussels as a place to identify artists at the beginning of their careers.

This section plays a significant role in the development of the fair’s existing ‘discovery profile’. Fourteen galleries will present works by important artists, living and deceased, from the historic avant-garde, who have been underestimated, overlooked, or unduly forgotten. The selection will focus on art made between 1917 and 1987, linking the beginnings of conceptual art with the advent of neo-conceptual practices and highlighting the importance of art historical memory. REDISCOVERY aims to counteract the ‘presentism’ inherent in contemporary art fairs, by profiling surprising, unknown and original artists that have not yet broken into the art historical mainstream.

Highlights in this section include work by:

As in previous years, Art Brussels continues to place emphasis on individual presentations with  24 galleries presenting  SOLO projects by artists from  18 countries (within Europe, the Middle East, the Americas and Asia) making this the most international and geographically diverse group of solo presentations at Art Brussels to date. Selected by Katerina Gregos, SOLO includes a variety of practices by emerging and historical artists of different generations featuring positions that range from the conceptual, formal and minimal, to the political and the postcolonial.