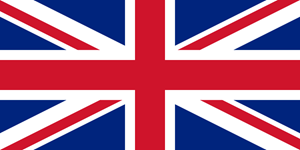 As an art magazine, we want to do more than just review the latest exhibitions and news stories. Following the horrific attacks in London and Manchester we want to turn our attention to the beauty and culture on offer in the capital, so we’ve decided to list some of the exhibitions that make it well worth a trip to the city.

As an art magazine, we want to do more than just review the latest exhibitions and news stories. Following the horrific attacks in London and Manchester we want to turn our attention to the beauty and culture on offer in the capital, so we’ve decided to list some of the exhibitions that make it well worth a trip to the city.

A retrospective of work from the celebrated sculptor and painter. The exhibition brings together more than 250 works including rare plasters and drawings as well as more iconic works including Walking Man I.

An important Turkish avant-garde artist, Zeid’s vibrant abstract paintings show off her obsession with line and dazzling colour. The Tate Modern are staging the first major retrospective of this often under-celebrated artist.

The Royal Academy’s summer exhibition represents a variety of genres and mediums, from sculpture and paintings to printmaking and film. The Royal Academy have hosted the event for the last 249 years, when the founding members agreed to hold an ‘annual exhibition of paintings, sculptures and designs’. Several internationally acclaimed artists will be represented, including Isaac Julien, Tomoaki Suzuki, Mark Wallinger and Sean Scully.

Anthony Green RA: The Life and Death of Miss Dupont (until 25 June)

Anthony Green has always taken on deeply personal subject matter. At the centre of this exhibition is a three-metre-tall painting titled The Fur Coat, “Hazana”, which tells the story of his mother’s second marriage as seen through his own eyes at the age of 13. The work includes written text accounts.

A provocative look at British cityscapes and the post-war ambitions that were laid out for them, as compared with the future that has since unfolded. The exhibition lays out the parallel and often conflicting narratives of life in the post-war projects.

The American Dream: Pop to Present (until 18 June)

Exploring 60 years of superpower, this exhibition begins with the explosion of pop art in the 1960s and includes a stunning selection of modern and contemporary American prints covering every aspect of American life.

Hokusai: beyond the great wave (until 13 August)

One of Japan’s most beloved artists, this exhibition explore the last 30 years of Katsushika Hokusai’s works and includes some of his most memorable masterpieces.

The Parasol unit present a solo exhibition of Frydman’s work, presented for the first time in a public institution in the UK. Originating from France, Frydman studied at the Ecole Superieure des Beaux- Arts in Toulouse and has received critical acclaim in her home country with exhibitions at the Louvre and Georges-Pompidou National Centre for Art and Culture.

Hailing from Berlin, Alicja Kwade presents Medium Median, a commissioned piece exploring the human relationship with space and time. A piece of kinetic sculpture sits at the centre of the exhibition with 24 electronic star charts in constant motion.

ISelf Collection: Self-Portrait as the Billy Goat (until 20 August)

Combining a series of ‘physical, psychological and imaginary self-portraits’ by a range of leading artists, this exhibition explores the relationship with self. Artists include Pawel Althamer, Louise Bourgeois, Tracey Emin, Gilbert & George and Yayoi Kusama.

The first exhibition of the portraits of Howard Hodgkin. Hodgkin took a unique approach to portraiture using a complex mix of bright colour and large brushstrokes, exploring the relationship between people, place and emotion.

The BP Portrait Award celebrates the best in contemporary portraiture from around the world. This year there were 2,580 entries from 87 countries. The gallery will present the shortlisted works.

An exploration of the relationship between two extraordinary Italian masters from High Renaissance Rome - Michelangelo and Sebstiano del Piombo. Having met whilst Michelangelo was completing his work on the Sistine Chapel, the two artists developed a 25-year friendship. The exhibition features paintings, drawings and sculpture as well as letters of correspondence between the friends.

From Selfie to Self-Expression (until 23 July)

In collaboration with Huawei, the Saatchi Gallery are inviting artists, photographers and enthusiasts to show off their most creative ‘selfies’.

Mexican photographer Narciso Contreras is the 7th winner of the Carmignac Photojournalism award for his work documenting post-Gaddafi Libya in 2016. He captures images of the brutal reality of human trafficking in the wake of the humanitarian crisis in the country.

Featuring 120 works from the Renaissance artist, this wide-ranging collection has drawn in loans from the Louvre, the Uffizi and even Her Majesty the Queen.

Grayson Perry: The Most Popular Art Exhibition Ever (until 10 September)

Timed to open on the day of the national election, Perry presents a major exhibition of new works exploring popularity, art and masculinity against the current cultural landscape.

Arthur Jafa: A Series of Utterly Improbable, Yet Extraordinary Renditions (until 10 September)

US filmmaker and cinematographer Arthur Jafa has challenged prevailing cultural assumptions about identity and race. The exhibition also features work from Ming Smith and Frida Orupabo.

A retrospective look at one of the world’s most iconic bands. The V&A stage an audio-visual journey which chronicles the music, design and staging of the band from the 1960s to the present day.