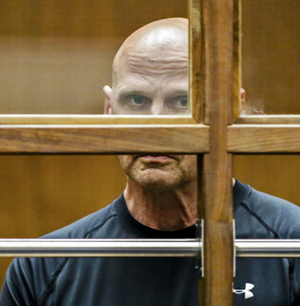 The charges against Rubenstein involve several cases in which prosecutors claim he misinformed clients over the selling price of artworks, or claimed no knowledge on the whereabouts of the amounts paid.

Perry Rubenstein’s career began as an art dealer in New York, where he operated privately before opening a gallery in Chelsea. He then moved his business to California in 2011, where he converted an old warehouse space into a new art space, inciting much interest from both the art world and the world of celebrities.

The charges against Rubenstein involve several cases in which prosecutors claim he misinformed clients over the selling price of artworks, or claimed no knowledge on the whereabouts of the amounts paid.

One case in particular involves the selling of two pieces of work by Richard Prince, together worth over $1 million. At the time, the two pieces belonged to art collector Michael Ovitz, who agreed to sell one of the pieces to a buyer in Mexico for $500,000. When, five months later, Ovitz had not yet received the payment, he asked Rubenstein to cancel the sale, only for Rubenstein to claim that this was no longer possible. According to a detective investigating the case, the Prince piece in question later sold in France.

The prosecution claims that Rubenstein kept the money from the sales of both Prince pieces, a claim that is aided by the poor financial situation of Rubenstein, who claimed bankruptcy in 2014.

According to the LA Times, Rubenstein’s attorney stated the following: “We deny all these allegations and look forward to clearing his name and getting his reputation back.”