Art Paris 2020 Returns to the Grand Palais in September 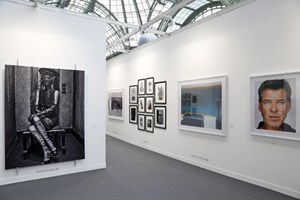 Thanks to the support of the majority of its galleries and the Grand Palais - and in a favourable context now that lockdown has come to an end and the health situation in France and across Europe is improving - Art Paris 2020, the spring art fair that was postponed and reinvented as a virtual online art fair, will be returning to the Grand Palais from the 10th - 13th September.

Thanks to the support of the majority of its galleries and the Grand Palais - and in a favourable context now that lockdown has come to an end and the health situation in France and across Europe is improving - Art Paris 2020, the spring art fair that was postponed and reinvented as a virtual online art fair, will be returning to the Grand Palais from the 10th - 13th September.

This decision was not taken lightly and only after speaking with the 147 exhibiting galleries and an extensive number of collectors to get their opinion. A survey was carried out on June 15th, contacting 5,000 in total: 95% of respondents confirmed they would be present in September. The green light was also given by the authorities (both the government and scientists) to go ahead with organising the fair in September, as did the other major events at the Grand Palais. Special health measures will be implemented and the maximum number of visitors will be limited to around 3,000 (based on the information currently available). Although The Grand Palais is a majestuous space with its glass roof standing at 45-metres high, the layout of the fair will be modified with wider aisles and less exhibitors (around 100 instead of 147). Thermal cameras will be installed at the entrances if necessary, opening times will be adjusted, the number of visitors at the preview will be limited and the fair will be open exclusively to professionals and collectors every day from 10 till 12 pm. 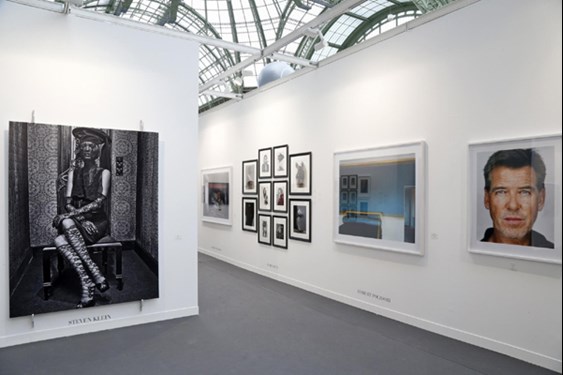 This edition of the fair, which can be qualified as an act of resistance, reflects the desire to support the galleries and showcase their work, at a time when they and the artists they represent are in particular need of help.

All amounts already paid by galleries will be carried over to the September 2020 edition.

More than 80 French and international galleries have already confirmed with enthusiasm that they will be taking part in September (34 have turned down the offer and some 30 are still thinking about it). In addition, a number of new galleries that were denied the chance of exhibiting at fairs this spring would also like to apply. One of the advantages of Art Paris is that, in addition to its international scope, it is also a local and regional fair. It is a reassuring fact that 80% of visitors either come from the Paris region (Île de France) or other areas of France. According to the owners of Art Paris, Julien and Valentine Lecêtre: “A large majority of galleries that we have talked to believe that September will be a period of intense activity and the ideal time to restart business. We are ready to take up this challenge with our galleries and we will put all our energy into making sure that Art Paris gets the autumn cultural events programme at the Grand Palais off to the best start possible this September. Paris is a major world capital that continues to attract a lot of visitors. Not only does it boast a large number of cultural institutions, its collectors are particularly active.”