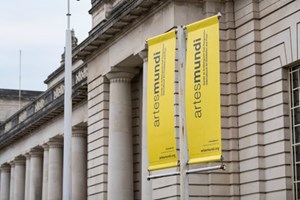 Artes Mundi presents the UK’s leading international contemporary art prize and is an important arbiter of cultural exchange between the UK and the international visual arts community. Bringing together a major biennial exhibition of some of the world’s most celebrated contemporary artists, Artes Mundi 9 promises to be the foremost opportunity to see international contemporary art in the UK which engages with ideas and issues ever more significant within our current circumstances. The shortlist of six artists has been selected from over 700 nominations submitted from 90 countries. It remains the UK’s largest contemporary art prize with £40,000 prize money and has previously been awarded to Theaster Gates (2015), John Akomfrah (2017), and Apichatpong Weerasethakul (2019). 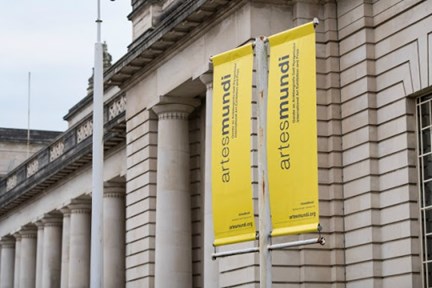 Encompassing painting and drawing, object making, film and video, the artist’s practices sit within the museum context and beyond; some transform public space and others exist as ephemeral iterations. Working against the notion of a centre, they reflect diverse global narratives in both exciting and thoughtful ways. These artists’ works reflect powerfully on the changing forces that shape our world – encompassing themes of identity and narration, social structures and collective memory, and industry and ecological crisis.