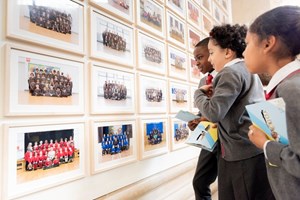 Tate, together with the Plus Tate network of museums and galleries, called on the new Government to ensure that all children have access to visual art through an arts-rich curriculum. It insisted visual art must be a core part of the national curriculum in primary and secondary schools in England and urged that additional funding for the arts premium be implemented as a matter of urgency.

Tate, together with the Plus Tate network of museums and galleries, called on the new Government to ensure that all children have access to visual art through an arts-rich curriculum. It insisted visual art must be a core part of the national curriculum in primary and secondary schools in England and urged that additional funding for the arts premium be implemented as a matter of urgency.

The enthusiasm at Tate Britain for Steve McQueen’s Year 3 project, attracting visits from over 600 schoolchildren daily, shows the appetite of young children to engage with art. If the decline in secondary school provision continues, many of these children may have little opportunity to take art when they enter Key Stage 3.

Tate has pledged to do all it can to support schools involved in the Year 3 project – 1,504 schools in all – to provide an arts-rich curriculum. This will include the development of digital and learning resources, gallery visits, study days and workshops. 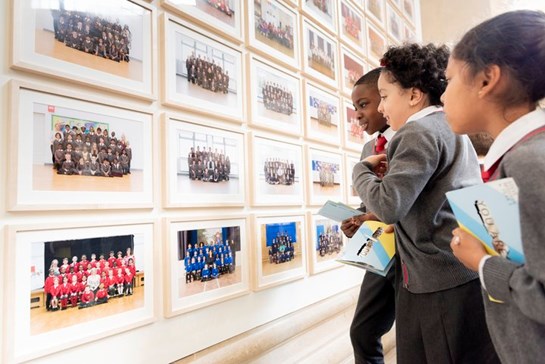 Maria Balshaw, Director of Tate said, ‘Access to the visual arts in this country must not depend on social and economic advantage. Private schools place a premium on a rich cultural education for their pupils while many state schools are starved of the resources to support access to culture and creativity for their pupils. We need a level cultural playing field for all children because we want and need visually literate adults. There should be fair access to arts in line with the offer to pupils in Scotland and Wales where the arts are already a core commitment.

Hard-working teachers are too often thwarted in their aspiration to provide an arts-rich education by the restriction of the curriculum and the dire lack of resources. We want to ensure that all schools involved in Year 3 have what they need to deliver access to the arts for this and future generations.’

Steve McQueen, one of the UK’s most successful artists, is one of many to say the opportunity to study art is transformative. ‘When I was a kid, I remember my first trip to Tate. It was a real eye-opener. It was wonderful to see an explosion of ideas and creativity, visual creativity. It gave me an understanding that anything is possible.’

He continued, ‘The curriculum needs to be big enough to include all subjects and be for all children. Art and creativity are so important to science, to maths, or to any other academic venture. Cutting arts education means you cut off inventiveness which impacts on being creative. We have many great artists, great thinkers and inventors in the UK and this has come through a sense of possibility. Arts education gives that sense of possibility. I hope Year 3 will spark opportunities for long-term creativity.’

Year 3, Steve McQueen’s latest artwork, was created through a partnership between Tate, Artangel and A New Direction, and is on display in Tate Britain’s Duveen galleries until 3 May 2020. The work comprises 3,128 class photographs which depict two-thirds of the city’s population of seven-to-eight-year olds.

The Plus Tate network of 35 arts institutions in the UK also insist that visual art resumes its rightful place as part of the core national curriculum in England to halt the decline in pupils studying creative subjects.

Anna Cutler, Director of Learning and Research at Tate said: ‘Setting up the conditions for creativity in future generations is essential. Art does this with ease as well as being generative, collective and individual. We are delighted to be able to take this transformational step, working with teachers, schools and our Plus Tate partners and others, beyond Year 3. Instead of saying ‘Please sir, I want some more’, we need to say, ‘This isn’t good enough. We can and must do better.’

Martin Clark, Director of Camden Arts Centre and convenor for the Plus Tate Education Working Group said, ‘Arts organisations have been striving to fill the gaps in creative and arts-rich education left by the current curriculum. Despite transformative work happening in communities up and down the country we cannot meet this need alone. In a climate where visual literacy, creative thinking and innovation are going to be key to the future of our country, millions of children are being failed by an education system not fit for purpose or for the new realities of the 21st century. The current curriculum is quite literally failing young people and their futures.’

Arts subjects significantly help young people develop their own opinions as rounded individuals ready to contribute to their community and the wider world. They foster independent thinking and creativity, confidence, well-being and empathy.

Figures released by the Cultural Learning Alliance show that in the last decade there has been a sharp decline in pupils studying arts subjects in England. There was a 10 per cent decline in pupils taking arts subjects at GCSE between 2017 and 2018, and since 2010 there has been a 35 per cent drop in uptake of arts GCSE subjects. There has also been a continuing decline in uptake of arts A levels in England – down 24 per cent since 2010. Plans to get 75 per cent of pupils taking EBacc by 2022, which excludes creative, artistic and technical subjects from school league tables, has further undermined creativity in schools. The gap in arts provision between state-maintained schools and the independent sector is growing.

In 2019, Tracking Arts Learning and Engagement, the research project run by RSC, Tate and the University of Nottingham, documented the positive impact of an arts-rich curriculum on pupils’ learning. It called for all secondary schools to ensure that at Key Stage 3 the arts have parity with other subjects and that a full range of arts subjects at Key Stage 4 (GCSE) be available with commitment to them recognised within the Ofsted inspection framework.

Across Tate, around 180,000 schoolchildren visit annually with their schools and many more visit independently with family or friends.