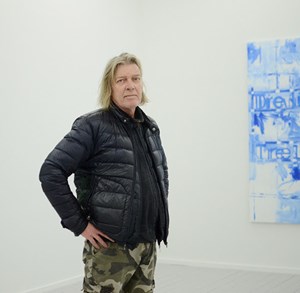 It is with profound sadness that Aurel Scheibler Gallery announced the passing of Troels Wörsel at the age of 68. Works by the artist can be found in such renowned collections as the Bayerische Staatsgemäldesammlungen, Munich, Lenbachhaus, Munich, Kunstmuseum Bonn, Louisiana Museum of Modern Art, Humlebæk, ARoS, Aarhus, The National Gallery of Denmark, Copenhagen, Moderna Museet, Stockholm, Kiasma, Helsinki, Nasjonalmuseet for kunst, arkitektur og design, Oslo, Centre Pompidou, Paris, The Museum of Modern Art, New York.

Image: Troels Wörsel, Galeri Riis 2017 (Foto: Danby Choi)
It is with profound sadness that Aurel Scheibler Gallery announced the passing of Troels Wörsel at the age of 68 on December 12, 2018 in Cologne.

Troels Wörsel (born 1950 in Aarhus, Denmark), moved to Munich in 1974 and lived in Cologne from the early 1980s and later also in Pietrasanta, Italy. 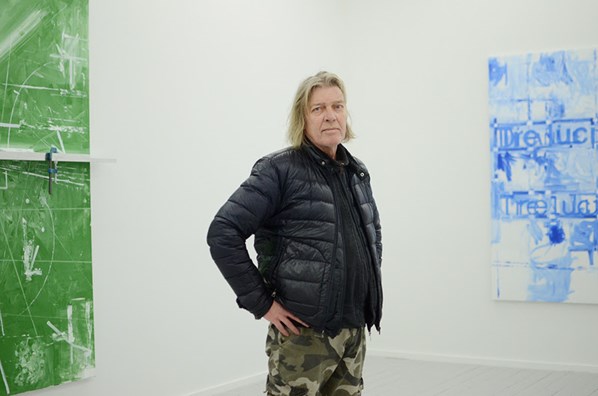 Troels Wörsel’s work has been exhibited in significant museums and institutions, such as the National Gallery of Denmark, Copenhagen (2008), the Danish Pavilion at the Venice Biennale (2007), Nordiska Akvarellmuseet, Skärhamn (2006), and the Musée des Beaux-Art de Nantes (1996) and as early as 1982, the Städtisches Kunstmuseum Bonn showed a retrospective of the artist.

His work has been represented by Galerie Fred Jahn, Munich, Erhard Klein, Bonn, Susanne Ottesen, Copenhagen, David Nolan, New York, and Galleri Riis, Oslo.  We showed his work in 1995 in Cologne and in 2008 in Berlin. His last exhibition was held at Galerie Jahn und Jahn in Munich in May – June 2018.

Troels Wörsel has received the Thorvaldsen Medal (2004), Carnegie Art Award's first prize (2002) and the Eckersberg Medal (1995), among others.