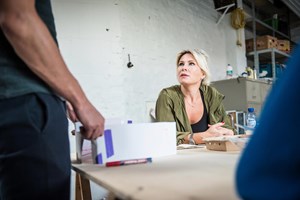 The board of FEAGA has announced the appointment of the Belgian gallerist Sofie Van de Velde as the organization’s next president. The new board has been voted with unanimity by all 18 international attendees.

FEAGA, the Federation of European Art Galleries Associations, acts as the umbrella organization for all art galleries in Europe. They have been dealing with the interests for art galleries for years. The association, created in 1999, provides information about the business of art galleries. They promote an open communication between the various actors, and inform members about VAT matters, the Code of Ethics and European laws. More than ever, there are major challenges lying ahead in the artworld. On the 24th of June FEAGA elected a new presidency.

The board of FEAGA is pleased to announce the appointment of the Belgian gallerist Sofie Van de Velde as the organization’s next president. The new board has been voted with unanimity by all 18 international attendees. 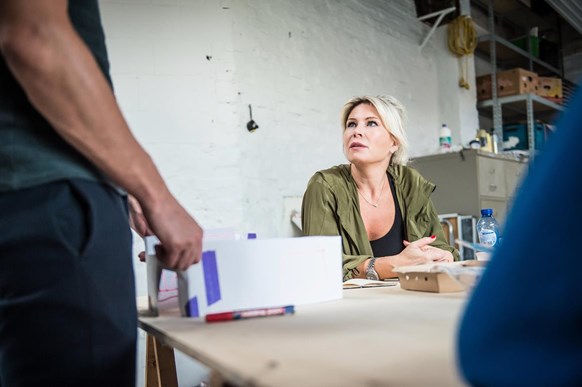 The FEAGA board is responsible to anticipate to a variety of challenges and to be in close cooperation with other countries, that each have their own specific differences. The main goals are to learn from each other, and to finetune the current collaboration models to everyone’s specific needs.

FEAGA values a transparent artworld by making their actions and structures visible, by building a bridge between art and the world.

Sofie Van de Velde has extensive international experience as a gallerist and as the Vice President of the BUP, Belgium, where she was actively involved in writing and finalizing the Code of Conduct. But she also has a personal experience in maintaining open dialogues and mediating different international associations. In her new role as the president, Sofie Van de Velde aims for a fundamental and long-term policy change that upholds solidarity and collaboration as its key facets.

Quote Sofie Van de Velde: ‘I am happy to collaborate and share ideas with the new and strong FEAGA board and with all our members. Our challenge is to find answers to the current issues of the art world, with respect of the identity of each country’.