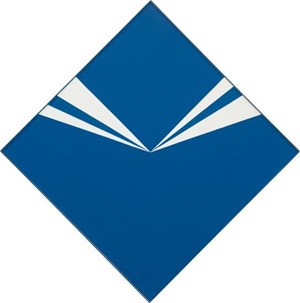 At age 101, Carmen Herrera is having a moment. Closely associated with other masters of geometric abstraction such as Frank Stella and Ellsworth Kelly, Herrera is currently the subject of a retrospective at the Whitney Museum of American Art – long overdue recognition of the artist’s significance in the art historical canon.

Cerulean, 1965, is a pristine example of Carmen Herrera’s seven-decade career. Describing her paintings as “cut in space,” Cerulean incorporates two of Herrera’s most significant artistic discoveries: the hand-painted frame and the dynamic diamond shape, which creates a feeling of three dimensional projection and levitation of form. As the curator Dana Miller wrote: “The shapes and mechanics of balance vary from composition to composition…They slip between two and three dimensions, and that tension is the source of tremendous power. . .Had acrylic paint not arrived at the exact moment she was refining her process, she would not have created works of such precision, and had she not acquired elementary architectural drafting skills, she would not have been able to render three-dimensional structures…she was at various points in the right place, but before her time….we are now playing catch-up to her, acknowledging today what should have been obvious and valued half a century ago.” (Dana Miller, Carmen Herrera, Lines of Sight, exh. cat., Whitney Museum of American Art, New York, 2016, p. 35-37) 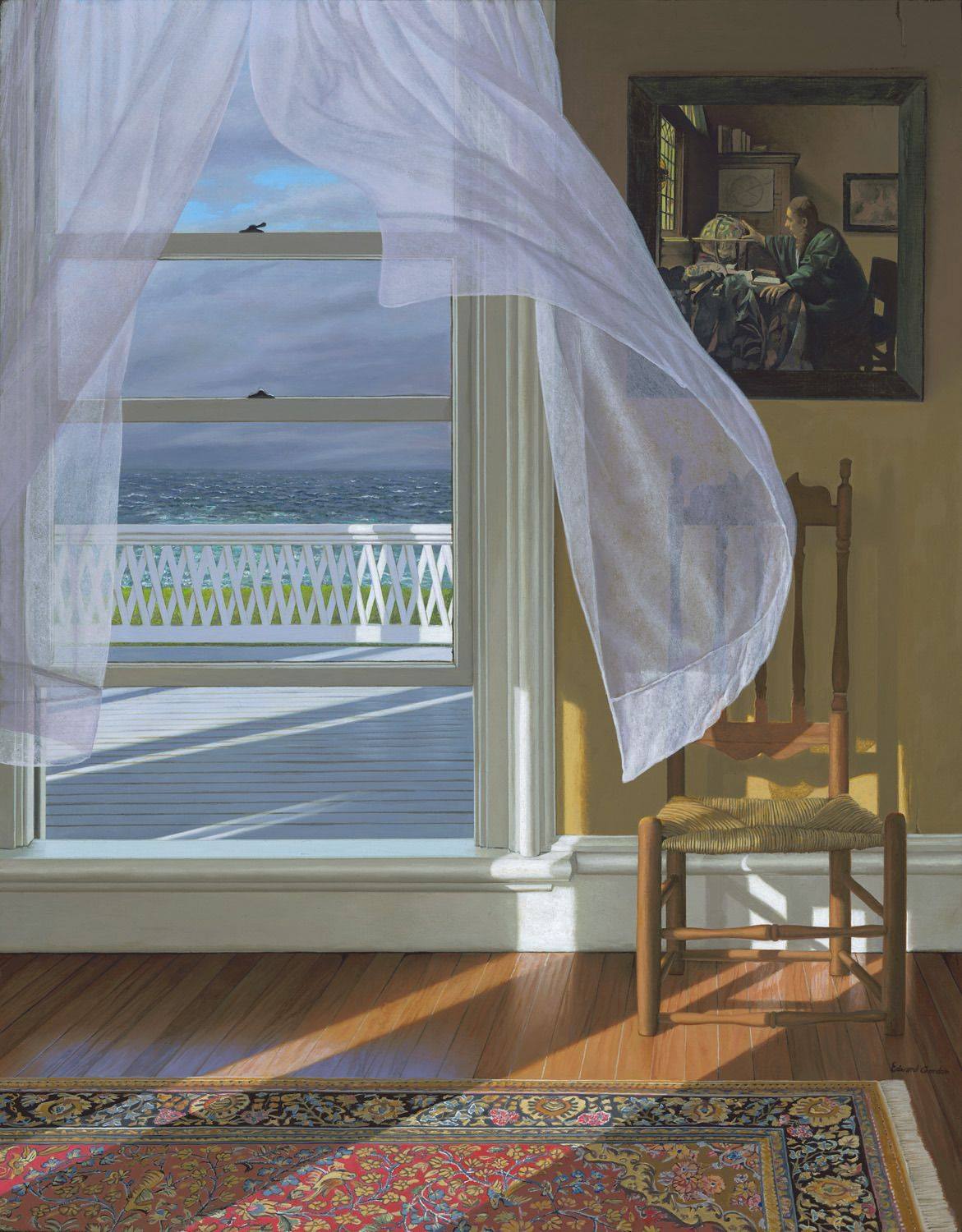