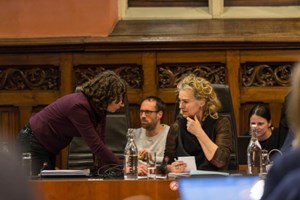 ArtDependence has learned that Catherine de Zegher, Director of MSK Ghent, has been temporarily set aside until there is clarity about what happened at MSK.

ArtDependence has learned that Catherine de Zegher, Director of MSK Ghent, has been temporarily set aside until there is clarity about what happened at MSK. She remains as a civil servant in Ghent but will no longer function as Museum Director.  There has been a lot of pressure on de Zegher to step down as Director in the wake of the continuing controversy surrounding an avant-garde exhibition at the institution. The exhibition included several works of art that have had their authenticity questioned in the public domain. The collection was on loan to the MSK from the Toporovski Collection.