Charles White: A Retrospective in MoMA 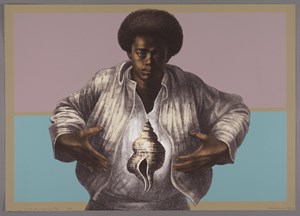 “Art must be an integral part of the struggle,” Charles White insisted. “It can’t simply mirror what’s taking place. … It must ally itself with the forces of liberation.”

“Art must be an integral part of the struggle,” Charles White insisted. “It can’t simply mirror what’s taking place. … It must ally itself with the forces of liberation.”

Over the course of his four-decade career, White’s commitment to creating powerful images of African Americans—what his gallerist and, later, White himself described as “images of dignity”—was unwavering. Using his virtuoso skills as a draftsman, printmaker, and painter, White developed his style and approach over time to address shifting concerns and new audiences. In each of the cities in which he lived over the course of his career—Chicago, New York, and, finally, Los Angeles—White became a key figure within a vibrant community of creative artists, writers, and activists. 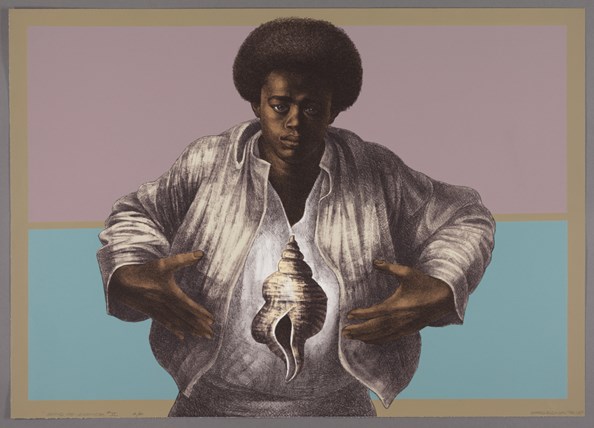 White’s far-reaching vision of a socially committed practice attracted promising young artists, including many artists of color, and he became one of the 20th century’s most important and dedicated teachers. Acclaimed contemporary artists David Hammons and Kerry James Marshall were among his many students: as Marshall reflected, “Under Charles White’s influence I always knew that I wanted to make work that was about something: history, culture, politics, social issues. … It was just a matter of mastering the skills to actually do it.”

Charles White: A Retrospective is the first major museum survey devoted to the artist in over 30 years. The exhibition charts White’s full career—from the 1930s through his premature death in 1979—with over 100 works, including drawings, paintings, prints, photographs, illustrated books, record covers and archival materials.

In the audio below, hear WQXR radio host Terrance McKnight's conversation with Harry Belafonte about his relationship with Charles White and their commitment to celebrating and advancing black culture. McKnight also paired music and other audio with selected works from the exhibition, and you can scroll down to listen to his full playlist.

The Museum of Modern Art