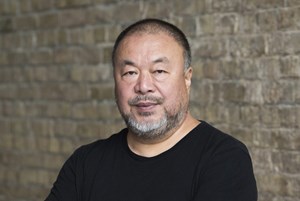 Leading Chinese dissident and artist Ai Weiwei has said he was told by Credit Suisse that his foundation's bank account in Switzerland would be closed over his "criminal record" in China.

Leading Chinese dissident and artist Ai Weiwei has said he was told by Credit Suisse that his foundation's bank account in Switzerland would be closed over his "criminal record" in China.

The activist, noted for architecture, sculpture and documentaries, has never been convicted of a crime. Mr Ai, who left China in 2015 and now lives in Portugal, made the comments on Artnet.

The contemporary artist famously designed the Bird's Nest stadium for the 2008 Beijing Olympics, but ran into serious problems after he spoke out against the Chinese government. This saw him spend 81 days in prison in 2011.

In the Artnet article Mr Ai wrote that in spring 2021 he had received a "surprising notice" from Credit Suisse.

"The bank informed me that it was terminating my account in Switzerland. They did this, they wrote, in accordance with a new policy of closing all accounts with people who have had criminal records. They believed (or pretended to believe?) that I had been convicted of a crime in China.

"Just a bit of homework could have shown them that I was never formally charged, let alone, convicted of a crime."

Like other lenders, Credit Suisse is in the midst of a plan to expand in China as the nation opens its capital markets. Rival HSBC Holdings Plc has also been criticized over freezing accounts of activists in Hong Kong.

On Bloomberg, it was reported that Ai said he received a call from Credit Suisse management in June to inform him of the decision to close the bank account as soon as possible. He said the bank then cited an interview with Swiss daily 20-Minuten, where he had criticized anti-immigration policies in Switzerland, as the reason.

Western banks are finding themselves in a tricky position: balancing geopolitical issues with their desire to attract China's ever-growing ultra-wealthy as customers. The Economist Intelligence Unit's Simon Baptist told the BBC the "golden era" was over: "Businesses used to be able to easily exploit the big wealthy market of the US and the big and fast-growing one of China.

"Now, both are actively pushing regulations incompatible with the other in an attempt to force companies to choose, as much as business wants to avoid it."

Mr Ai said he had faced similar actions from banks in Germany and Hong Kong: "You know, these banks are very arrogant."

"Even if they do reverse this decision, I am not willing to be associated with a bank which has such a strange relationship with China."