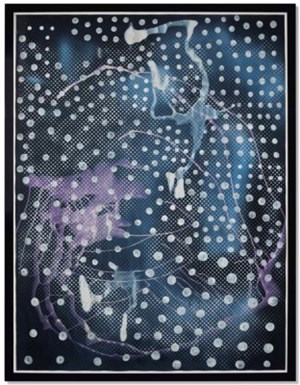 On 12 & 13 December 2017 Christie’s will hold its biannual sales of Post-War and Contemporary Art at the famous Westergasfabriek, the former gasworks in the magnificent Zuiveringshal West.

On 12 & 13 December 2017 Christie’s will hold its biannual sales of Post-War and Contemporary Art at the famous Westergasfabriek, the former gasworks in the magnificent Zuiveringshal West.

Christie’s staged the auction preview of the collection sale of the Princes of Liechtenstein here in 2008, which was one of Christie’s most successful sales in its 45 years of auctions in the Netherlands.  De Westergasfabriek will be the new venue for Christie’s sales with a new Christie’s office to be opened at Vondelstraat in the new year.

Leading the evening sale on 12 December 2017 are two large scale works:  Günther Förg’s (1952–2013) monumental 300 x 200 cm painting Untitled (1999, estimate €200,000–300,000) from the artist’s most distinctive series of paintings on lead. The painting was commissioned directly from the artist by the present owner and is offered on the market for the first time. Sigmar Polke’s work Untitled (2005, estimate: €320,000 - 400,000) measures 200 x 150cm and beautifully showcases the artist’s experimentation with unusual pigments. The work is covered in shimmering pigment, which changes with light and includes both a pattern of raster dots, and scattered hand-painted spots – a motif which has defined Sigmar Polke’s work.