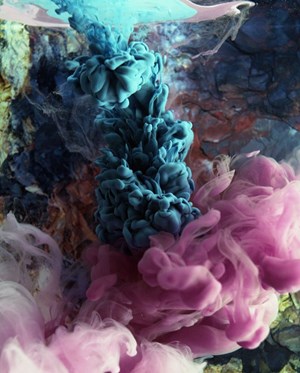 This year Cosmoscow welcomes a record number of galleries (54) from Belgium, Estonia, France, Germany, Georgia, Italy, Norway, Poland, Russia, Switzerland, the United Kingdom, and the United States of America, which will exhibit works by more than 150 artists.

The 5th-anniversary edition of Cosmoscow will take place in the historic market building - Gostiny Dvor, on 8-10 September 2017. This year the fair welcomes a record number of galleries (54) from Belgium, Estonia, France, Germany, Georgia, Italy, Norway, Poland, Russia, Switzerland, the United Kingdom, and the United States of America, which will exhibit works by more than 150 artists.

The 2017 edition will launch a number of new initiatives to tie into the fair’s long-term development goals. Innovations to the Fair include new sections such as Collaborations, Focus and Past Present and a special Cosmoscow Stand Prize will be awarded offering free participation in Cosmoscow 2018.

This year Cosmoscow will be having the Norway Focus, showcasing five Norwegian galleries: Rake (Trondheim), Khartoum Contemporary Art (Oslo), LOCUS (Oslo), Prosjektrom Normanns (Stavanger), and Terminal B (Kirkenes). From the political-capital of Oslo to the oil-capital of Stavanger and from old-capital of Trondheim to the Barents capital of Kirkenes, these gallery-hybrids use the model of non-profit artist-run spaces. Together they represent a cross-section of Norwegian contemporary art and highlight the Scandinavian model of supporting and developing the arts.

Image above: Per Christian Brown (b. 1976) Reminiscence of a Volcanic Eruption III, 2017 C-print 100 x 124 cm from Prosjektrom Normanns, a non-profit, artist run space in Stavanger, Norway, established in 2011.

The full list of exhibitors can be found here.