Cosmoscow is carving its own place within the international arts calendar 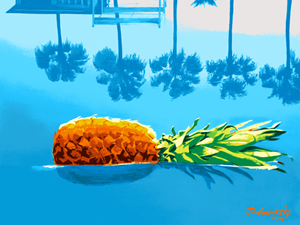 This year, the fourth edition of Cosmoscow is taking place from the 9th to the 11th of September in Moscow’s Gostiny Dvor. Russia’s only international arts fair counts with the participation of 40 national and foreign galleries, showing carefully selected work by more than 100 contemporary artists.

This year, the fourth edition of Cosmoscow is taking place from the 9th to the 11th of September in Moscow’s Gostiny Dvor. Russia’s only international arts fair counts with the participation of 40 national and foreign galleries, showing carefully selected work by more than 100 contemporary artists. The national participating galleries include Regina Gallery, XL Gallery, and RUARTS, whilst the foreign galleries include Galería Javier López & Fer Francés (Spain), Frameless Gallery (Great Britain), NK Gallery (Belgium), One Gallery (USA – Bulgaria), and POP/OFF/ART (Russia – Germany), among many others. Cosmoscow also sees the participation of young galleries - those that are younger than five years or those that represent young artists.

The non-commercial program of the fair includes a specially commissioned project prepared by artist-of-the-year Svetlana Shuvaeva (born in 1986 in Bugulma, Tatarstan Republic), in addition to other partnering projects made in cooperation with the Multimedia Art Museum Moscow (MAMM), which celebrates its 20th anniversary this year. This section of the fair also presents the recently launched Credit Suisse Cosmoscow Prize for Young Artists.

Collector's Eye, being part of the non-commercial program of Cosmoscow, offers a unique opportunity to get acquainted with unseen works from private collections. Collector’s Eye will showcase works by artists such as Hiroshi Sugimoto, Peter Halley, George Condo, Vik Muniz, Viktor Pivovarov, Timur Novikov, Evgeny Antufiev, and Aslan Gaisumov. According to the fair organizers,  this year's exhibition illustrates an important collecting trend: a preference for conceptual substance and depth over the visually appealing.

The Off White charity auction, organized to benefit the Naked Heart Foundation, will see its third edition taking place. Supported by Christie's, this year's auction will focus on contemporary photography including both established and emerging young artists such as Polina Kanis, Laurent Chehere, Andrey Bogush, Fedor Savintsev, Erwin Olaf, and AES + F. The auction will take place on the 9th of September.

Young art lovers can look forward to Cosmoscow Kids, a specially designed children's program prepared by the School of Contemporary Arts (SOMA), consisting of workshops for reincarnation and the creation of individual and collective works.

Not to be forgotten are the fair’s parallel programs - a series of events taking place throughout the city during these dates. In particular, a Stephan Balkenhol retrospective (showing work from the last fifteen years and new commissions made especially for this display at the Moscow Museum of Modern Art) is definitely worth a visit. Also deserving of a visit is an exhibition by Valery Koshlyakov, one of Russia's best-known contemporary artists. This exhibition will take place at the newly opened Russian Impressionism Museum, the country’s first major private art museum. Finally, the In Artibus Foundation will present one of the most interesting events to take place during Cosmoscow - a Mikhail Roginsky exhibition, Farewell to the Pink Fence, which is dedicated to Roginsky's painting "Pink Fence. Rails " (1963). Roginsky’s piece has been recently donated to the Centre Pompidou, and is going to represent the artist's oeuvre in the Centre’s upcoming Soviet and Russian Contemporary Art from 1950-2000 exhibition, to open in September.