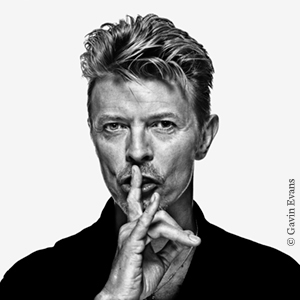 Important Paintings by 20th-Century Masters including Basquiat, Hirst and Auerbach to Lead a Major 10-Day Exhibition and Auction at Sotheby’s in London.

“Art was, seriously, the only thing I’d ever wanted to own. It has always been for me a stable nourishment. I use it. It can change the way I feel in the mornings. The same work can change me in different ways, depending on what I’m going through.” – David Bowie, quoted in The New York Times, 1998.

Musician, actor, icon – David Bowie was for almost 50 years one of the most recognised and revered artists in the world, his influence transcending music to shape the wider culture of our time. His life as an art collector, however, was something he kept almost entirely hidden from public view. Now, for the first time, this little-known side of Bowie will be fully revealed.

In November this year, Sotheby’s will stage “Bowie/Collector” – a three-part sale comprising around 400 items from the private collection of David Bowie. At its heart will be Bowie’s collection of Modern and Contemporary British art – a richly stimulating group of over 200 works by many of the most important British artists of the 20th-century, including Henry Moore, Graham Sutherland, Frank Auerbach and Damien Hirst. Bowie’s famously inquisitive mind also led him to Outsider Art, Surrealism, Contemporary African art and, not least, to the work of the eccentric Italian designer Ettore Sottsass and the Memphis group. This is a collection put together with great thoughtfulness on the basis not of reputation but of Bowie’s highly personal, intellectual response to the individual vision and individual works of particular artists.

From 1–10 November this year, Bowie’s private collection will be exhibited at Sotheby’s New Bond Street galleries in London, giving fans, art historians and collectors a once-in-a-lifetime opportunity to immerse themselves in the art and objects that informed his private world.These include Bowie’s record player of choice: a wonderfully unconventional piece of 1960s Italian design. The landmark November exhibition will be preceded by a series of previews around the world, starting with a three-week exhibition of selected works in London this summer, running from 20 July until 9 August. Further exhibitions will follow in Los Angeles, New York and Hong Kong.

A spokesperson for the Estate of David Bowie said, “David’s art collection was fuelled by personal interest and compiled out of passion. He always sought and encouraged loans from the collection and enjoyed sharing the works in his custody. Though his family are keeping certain pieces of particular significance, it is now time to give others the opportunity to appreciate – and acquire – the art and objects he so admired.”