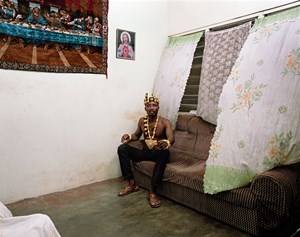 Richard Armstrong, Director, Solomon R. Guggenheim Museum and Foundation, and Yves Müller, CFO and Spokesperson of the Board of HUGO BOSS AG, announced today that Deana Lawson has been awarded the Hugo Boss Prize 2020.

Richard Armstrong, Director, Solomon R. Guggenheim Museum and Foundation, and Yves Müller, CFO and Spokesperson of the Board of HUGO BOSS AG, announced today that Deana Lawson has been awarded the Hugo Boss Prize 2020. She is the thirteenth artist to receive the biennial prize, which was established in 1996 to recognize significant achievement in contemporary art. Selected by a jury of international critics and curators, Lawson receives an honorarium of $100,000 and a solo exhibition at the Solomon R. Guggenheim Museum, New York, opening in spring 2021. Administered by the Solomon R. Guggenheim Foundation, the Hugo Boss Prize and the exhibition is made possible by HUGO BOSS. 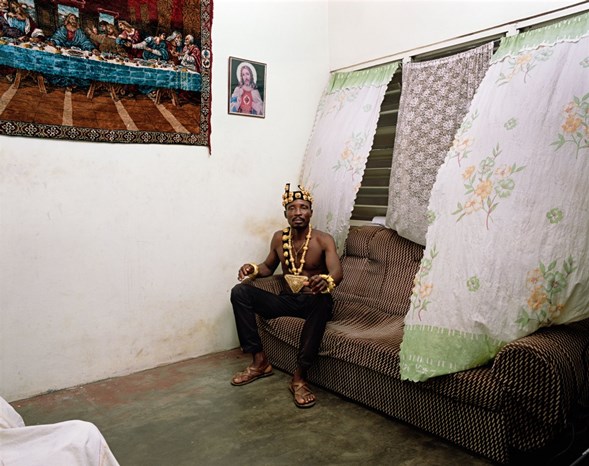 "On behalf of our jury, I am delighted to announce Deana Lawson as the recipient of the 2020 Hugo Boss Prize,” said Armstrong. “Lawson is the first artist working in photography to be recognized with the award in its history, and her contribution to the medium and the larger cultural landscape is indelible. We are grateful for our partnership with HUGO BOSS, which spans over two decades and has played a critical role in shaping the Guggenheim’s contemporary program.”

“The Hugo Boss Prize marks a highlight in our partnership with the Guggenheim Museum and we are proud that it has been at the core of our arts program for almost twenty-five years,” noted Müller. “We would like to extend our sincerest congratulations to Deana Lawson and express our gratitude to the jury and the Guggenheim Museum for their dedication and support in this project.”

For this year’s prize, in recognition of the remarkable achievements of the nominees and the challenges presented by the current global pandemic to the field, HUGO BOSS will award each of the remaining short-listed artists an extraordinary honorarium of $10,000.