Doctors in Montreal Will Start Prescribing Visits to the Art Museum 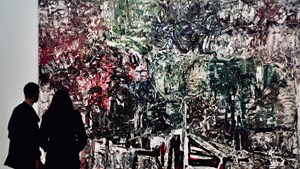 Laughter may be the best medicine but culture works wonders for health as well. That’s the thinking driving a new initiative in Montreal, Canada, where doctors will be able to prescribe free art museum visits to patients with a range of ailments, from depression to diabetes to chronic illnesses.

Image: The 1970 painting “Homage to Grey Owl” by Canadian artist Jean-Paul Riopelle at the Montreal Museum of Fine Arts

Laughter may be the best medicine but culture works wonders for health as well. That’s the thinking driving a new initiative in Montreal, Canada, where doctors will be able to prescribe free art museum visits to patients with a range of ailments, from depression to diabetes to chronic illnesses.

“In the 21st century, culture will be what physical activity was for health in the 20th century,” predicts Nathalie Bondil, Montreal Museum of Fine Arts director general, in the Montreal Gazette. The innovative institution is already focused on art and wellness. It created The Art Hive, a community studio supervised by an art therapist where visitors can create themselves, and programming that promotes well-being through art, as well as research collaborations with physicians on the health benefits of museum visits, and a medical consultation room. 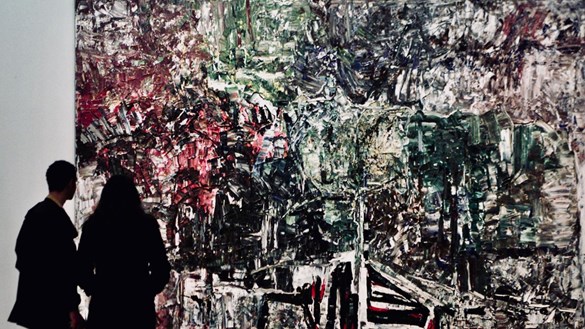 Now, it’s joining forces with Médecins Francophones du Canada, an association of French-speaking doctors, to allow member physicians to prescribe art. Hélène Boyer, vice president of the medical association, explained to the Gazette: “There’s more and more scientific proof that art therapy is good for your physical health. It increases our level of cortisol and our level of serotonin. We secrete hormones when we visit a museum and these hormones are responsible for our well-being.”

The doctor notes that art has a similar positive effect on people as exercise, saying, “Since the ’80s we’ve been prescribing exercise for our patients because we know exercise increases exactly the same hormones.” In view of this, Boyer believes museum visits can improve wellness in patients of all ages and offers an alternative to prescribing physical activity for those who might find exercise risky, such as the elderly.

Boyer also points out that art can help those who suffer both physical and mental illnesses. “People tend to think this is only good for mental health issues. That it’s for people who’re depressed or who have psychological problems. But that’s not the case,” Boyer said.

The museum will allow doctors to prescribe 50 free visits a year for a patient and caregivers. Each prescription will allow entry for up to two adults and two children age 17 or under. In this way, the culture prescription could be therapeutic not only for those who are already suffering due to illness, but also as preventative care for visitors who accompany patients.

In the US, the National Endowment for the Arts has worked with health practitioners for more than a decade on integrating culture into healing efforts. Many hospitals recognize its beneficial effects. In a 2012 New York Times article about restored murals at Harlem Hospital in New York, Chuck Siconolfi, an architect specializing in healthcare design explained that art is “as much a tool in the delivery of care as any radiological device or any scalpel.”