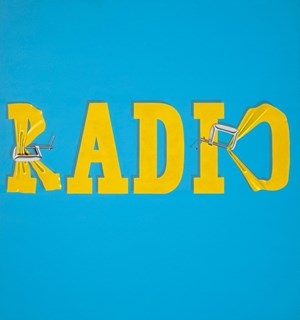 ‘Some artists do roses, but I work primarily with words’ — Ed Ruscha’s Hurting the Word Radio #2 (1964). On 13 November, this early example of Ruscha’s revolutionary ‘text’ paintings sold for $52,485,000 in the Post-War and Contemporary Art Evening Sale in New York — a new world auction record for the artist.

An important early example of the artist’s ‘text’ paintings — a body of work that established Ruscha as one of the most innovative painters of the 1960s — sold for a record $52,485,000 in New York 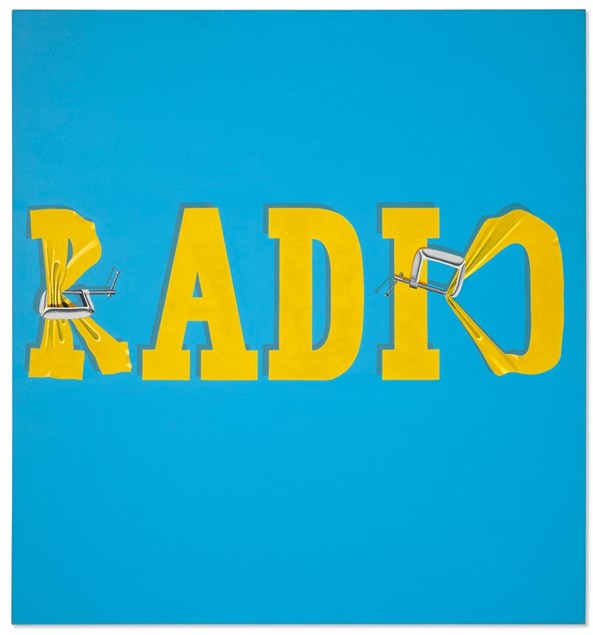 In the early 1960s, as artists such as Andy Warhol and Roy Lichtenstein  were making it big in the flourishing Pop Art scene of New York, Ed Ruscha arrived at his own version of Pop on the other side of the country.

Based in Los Angeles, which was then something of an artistic backwater, Ruscha pretty much invented an entire genre: paintings consisting solely of text. Sometimes these came in the form of single words; at other times they were phrases.

Ruscha first began to include text in his paintings in the late 1950s, when he discovered the work of Jasper Johns and Robert Rauschenberg while studying at the Chouinard Art Institute in LA. He began to use graphics to explore painting’s duality as both object and illusion, using words in his paintings as ‘visual constructs’.

Ruscha, who worked briefly as a commercial artist, found inspiration in the sudden ubiquity of advertising billboards, which spoke to America’s rising tides of prosperity and consumerism. In the case of Hurting the Word Radio #2 (1964), the word ‘RADIO’ is spelled out in sunshine-yellow lettering against a vast, sky-blue background. The mood is unmistakably upbeat and suggestive of California’s balmy climate.

On 13 November, this early example of Ruscha’s revolutionary ‘text’ paintings sold for $52,485,000 in the Post-War and Contemporary Art Evening Sale in New York — a new world auction record for the artist. 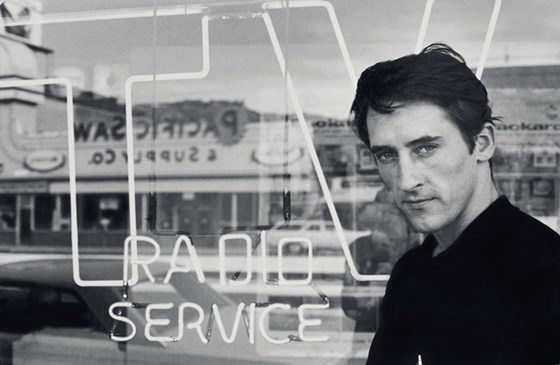 In Hurting the Word Radio #2, Ruscha opts for a bold, clean typography rather than loose, expressive brushwork, mimicking the lettering found in advertisements. With his choice of the word ‘RADIO’, we can imagine the artist driving past a large billboard on one of the Los Angeles freeways, music blaring from his car.

The freeways through Los Angeles were still relatively new in the early 1960s, and they held a special interest not just for Ruscha but in popular culture as well. These new roads were opening up the country to a new and more democratic kind of exploration. References to electricity and car culture are common in Ruscha’s ‘text’ paintings from this time, with examples including the words Flash, Voltage, Electric, Honk, Buick, Noise and Smash.

Ruscha has developed a reputation as a deadpan observer of contemporary society, with the writer JG Ballard once describing him as having ‘the coolest gaze in American art’. There is, though, a subversive element in Hurting the Word Radio #2, one that sets it apart from most of his ‘text’ paintings.