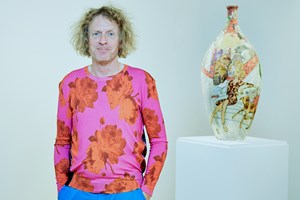 At a time when we are constantly bombarded with images, Perry has developed a unique visual language, demonstrating that art belongs to everybody and should not be an elitist affair. Perry receives the prize for the insightful way he tackles questions of beauty and craftsmanship while addressing wider social and cultural issues. 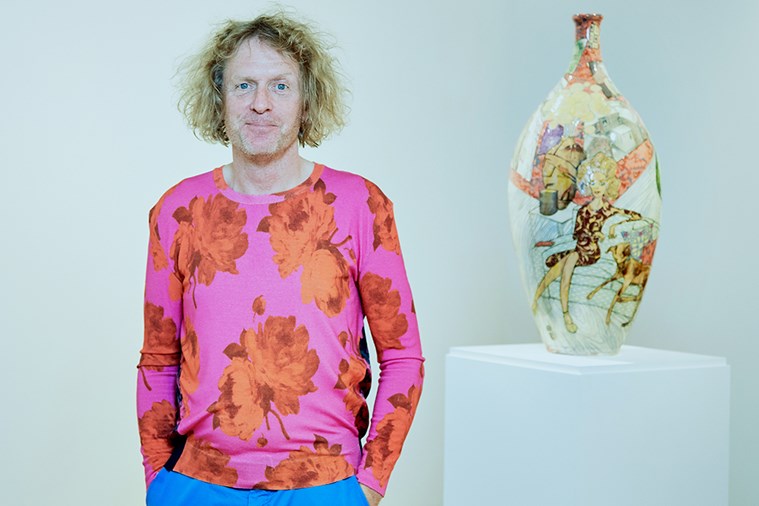 One of the best-known British artists of today, Perry (b. 1960) employs a wide variety of techniques and materials. His works range from large woodcuts, tapestries and cast-iron sculptures to prints, dresses and even an entire house. In both challenging and charming the public, he often provokes humorous clashes between old and new, between acceptable and shocking. Perry calls himself “a tranny potter” and explores a climate in which people fear difference and retreat to the safe confines of their own group.

Perry also engages with public life beyond the walls of the museum and art gallery. He has written and presented documentary programmes about class, taste, masculinity and identity, and has written accompanying books. His unbridled interest in decoding materials and meanings prompted a crowdsourcing project during the Brexit debate in which he called on British people to submit images of beloved objects and subjects. The similarity between the submissions from the ‘remain’ and ‘leave’ camps inspired two vases entitled Matching Pair. They illustrate Perry’s ability to unite a divided public, showing us that art can be a platform for an open and inclusive debate.

Grayson Perry won the 2003 Turner Prize and received a royal distinction (CBE) as well as a number of BAFTA awards for his documentary series, among them All in the Best Possible Taste (2013), about taste and social class in modern-day England, and Who Are You? (2014), about identity, which was accompanied by an exhibition at the National Portrait Gallery in London. His documentary series All Man (2016) examines masculinity and gender stereotyping, which were also the subjects of his book The Descent of Man. Perry’s work is held in museum collections all over the world, among them the Museum of Modern Art in New York and the Stedelijk Museum in Amsterdam. In 2016 he had an exhibition at the Bonnefantenmuseum in Maastricht the Netherlands entitled ‘Hold Your Beliefs Lightly’ — a slogan that powerfully expresses the common thread that runs through his work.

To mark the presentation of the Erasmus Prize, the Foundation is organizing a varied programme of events related to Grayson Perry and the theme.