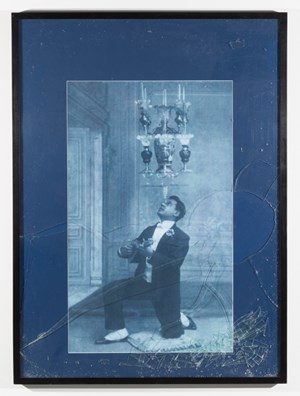 EXPO CHICAGO, The International Exposition of Contemporary & Modern Art, has announced the premier list of exhibitors for its sixth annual edition, September 13–17, 2017 at Navy Pier’s Festival Hall (600 E. Grand Ave). Marking its most global edition to date, EXPO CHICAGO welcomes 135 leading galleries representing 25 countries and 58 cities from around the world. EXPO CHICAGO has also unveiled its collaboration with the Palais de Tokyo in Paris, the Institut français and The DuSable Museum of African American History, in partnership with Cultural Services of the French Embassy in the United States. The large-scale off-site exhibition will feature 13 artists who created work for the first U.S. satellite exhibition of Palais de Tokyo.

The EXPOSURE section, installed on the main floor of the exposition, features solo and two-artist presentations represented by galleries eight years and younger, allowing the opportunity for younger galleries to participate in a major international exposition. For the first time, EXPOSURE will be curated, and will be selected by Director of Exhibitions and Senior Curator at Dallas Contemporary Justine Ludwig. The full list of participating galleries could be found here.

EXPO CHICAGO has also unveiled its collaboration with the Palais de Tokyo in Paris, the Institut français and The DuSable Museum of African American History, in partnership with Cultural Services of the French Embassy in the United States. The large-scale off-site exhibition will feature 13 artists who created work for the first U.S. satellite exhibition of Palais de Tokyo.

The Roundhouse, DuSable Museum of African American History in Chicago.

Singing Stones, curated by the Palais de Tokyo’s Katell Jaffrès brings together 13 emerging artists from both the Chicago and French art scenes, including guest designer Andrew Schachman, to explore the multiple relationships between art and architecture. Presented within The Roundhouse, one of Chicago’s most iconic buildings designed by Burnham & Root in 1881, the exhibition will present an intimate dialogue between original productions and preexisting works. As the oldest building in Washington Park, the former horse stable served as a vibrant center of activity for almost half a century, before being closed to the public. The Hors les Murs exhibition reimagines the 17,000-sq. ft. space, allowing this architectural structure to be rediscovered as the DuSable enters a new phase of its development. With the renovation and extension of The Roundhouse, The DuSable Museum will become the largest African American museum campus in the United States. Its rotunda will soon feature educational spaces and exhibitions, Hors les Murs being the first.