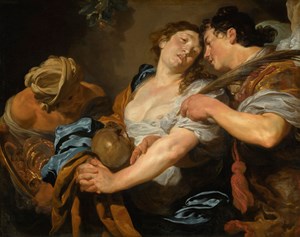 An export bar has been issued for Johann Liss’s ‘The Temptation of Mary Magdalene’ in a bid to provide the opportunity for a UK gallery to acquire it. Johann Liss (c. 1595-1631) was one of the leading painters in the Baroque style and a major force in the re-energisation of Venetian painting.

An export bar has been issued for Johann Liss’s ‘The Temptation of Mary Magdalene’ in a bid to provide the opportunity for a UK gallery to acquire it.

Johann Liss (c. 1595-1631) was one of the leading painters in the Baroque style and a major force in the re-energisation of Venetian painting.

The work, valued at £5.6 million, depicts Mary Magdalene turning away from a figure offering symbols of earthly riches towards an angel, in an ambiguous representation of the common theme of vice versus virtue.

Although this painting has been in the UK for over 250 years, ‘The Temptation of Mary Magdalene’ was not known to scholars until 1994 and had not been exhibited publicly before that time.

Due to his death at the age of 36 in 1631, there are very few surviving works completed by Liss, making this work a rare example. The painting at risk of export demonstrates Liss’s strong command of original composition and distinct painterly skill. The work combines elements of both Northern and Southern European Baroque painting, showing the influence of predecessors such as Rubens, Caravaggio and Titian.

The decision follows the advice of the Reviewing Committee on the Export of Works of Art and Objects of Cultural Interest (RCEWA). The committee noted that the painting could be considered “Liss’s masterpiece.” 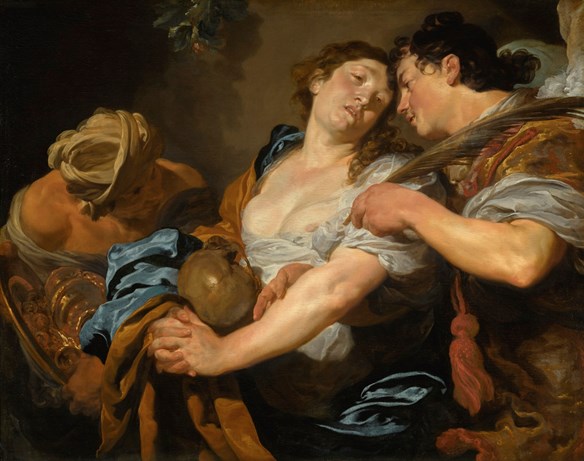 
Committee Member Christopher Baker said: Johann Liss’s dramatic painting is a spectacular, dynamic study of the struggle between virtue and vice. This complex and very rare work draws on Baroque art from northern and southern Europe to create a wholly original synthesis, in which the artist’s fluid, painterly skills are brilliantly demonstrated.

The ‘Temptation of Mary Magdalene’ has the additional interest of being a painting that has been in Britain since the mid-eighteenth century. As a work of extraordinary beauty with a fascinating history, its export would represent a profound loss.

The RCEWA made its recommendation on the grounds of the painting’s importance for the study of the work of Johann Liss and his working practices.

The decision on the export licence application for the painting will be deferred until 24 February 2020. This may be extended until 24 August 2020 if a serious intention to raise funds to purchase it is made at the recommended price of £5,665,200 plus VAT of £173,040.