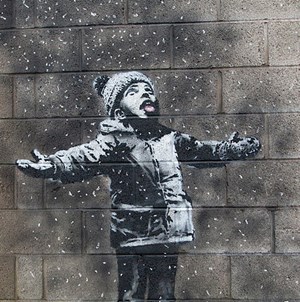 Art fans have been gathering outside a steelworker's garage in Port Talbot to look at a new work by the elusive street artist Banksy.

The graffiti, entitled Season's Greetings, was painted on the outside of a steelworker's garage on Tuesday night. 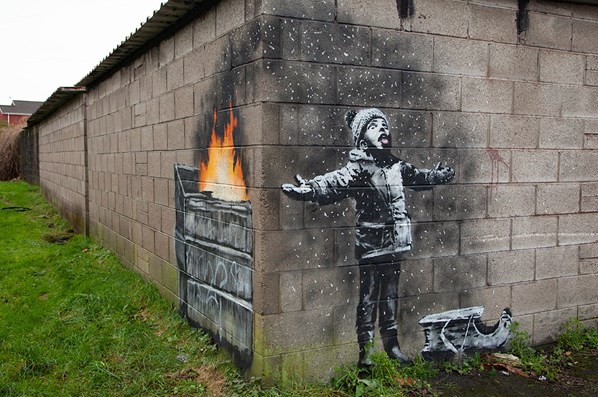 The work is spread across two walls of the garage. One side shows a child seemingly enjoying snow, but the other shows a fire emitting ash onto the child.

One fan, who had travelled from Wiltshire to look at it said: "I think it's in Port Talbot for a reason. Banksy tends to place his work where it means something."