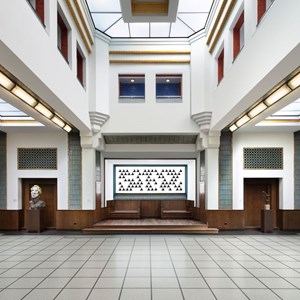 From autumn 2019 Gemeentemuseum Den Haag will be known as Kunstmuseum Den Haag. The new name will make it clear that the museum is the leading venue for modern, contemporary and decorative art in The Hague.

From autumn 2019 Gemeentemuseum Den Haag will be known as Kunstmuseum Den Haag. The new name will make it clear that the museum is the leading venue for modern, contemporary and decorative art in The Hague.

‘The name Kunstmuseum Den Haag will truly reflect what we are,’ says director Benno Tempel, ‘a museum co-founded by artists. A museum where there was art before there was a building. A museum housed in a work of art, for the building designed by architect H.P. Berlage is also part of the museum’s collection.’ 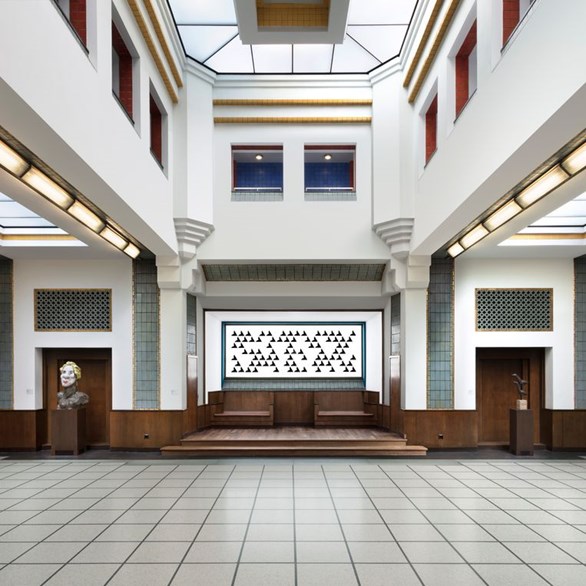 Gemeentemuseum Den Haag’s prestigious collection is international renowned. The works of Piet Mondrian – of which the museum has the largest collection in the world – are known throughout the world. The magnificent art deco building, a design by Dutch architect H.P. Berlage, is also universally admired and loved. An icon of modern museum architecture, it is nevertheless built on a human scale throughout. The collection and the building provide a strong basis for the 30 to 35 exhibitions that the museum mounts each year. They attract a large audience, and appropriately reflect the museum’s wide-ranging collection. Recent successful exhibitions have included Alexander Calder (2012), Chanel: The Legend (2014), Mark Rothko (2014), The Discovery of Mondrian (2017) and Art Nouveau in the Netherlands (2018).

Despite these international successes, however, several surveys commissioned by the Gemeentemuseum have shown that the museum is not well known by name. Its current name is not associated with the varied international collection that the museum uses every year to create extraordinary exhibitions both in the Netherlands and abroad.

‘Foreigners can barely pronounce the name,’ says Tempel, ‘which does not help us project the image we would wish. The fact that this prevents us from reaching large groups of people, both here in the Netherlands and abroad, undermines our primary goal: to make the collection accessible. Kunstmuseum Den Haag does however seem to evoke the right feeling and associations, and although “museum of art” is a common name in other countries, no museum with this name exists in the Netherlands as yet.’

The name Kunstmuseum Den Haag will be used officially from October 2019, after the opening of Monet: The Garden Paintings (12 October 2019 to 2 February 2020), in which the museum will pay grand tribute to the French Impressionist and the paintings he made in his garden in Giverny. They include Wisteria, one of the leading items in the museum’s collection.