How much do you know about Dansaekhwa? Hint: It is Korea’s most famous (and profitable) art movement. 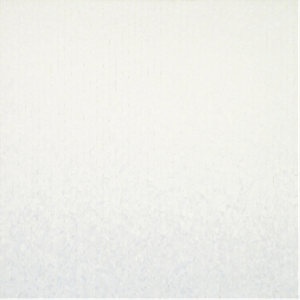 If you are not particularly interested in contemporary Asian art the term "Dansaekhwa" (a.k.a Korean Monochrome Paintings or Korean Abstract Paintings) may have well gone under your radar. The popularity (and sales) of Dansaekhwa artist have enjoyed remarkable success in the past few years and in 2016 South Korea became the 10th largest art auction market in the world.

If you are not particularly interested in contemporary Asian art the term "Dansaekhwa" (a.k.a Korean Monochrome Paintings or Korean Abstract Paintings) may have well gone under your radar. The popularity (and sales) of Dansaekhwa artist have enjoyed remarkable success in the past few years and in 2016 South Korea became the 10th largest art auction market in the world.

The term Dansaekhwa literally translates as “monochrome paintings” and refers to the abstract works created in Korea in the 1960s and 1970s. Aside from Abstraction Dansaekhwa has also been compared to Russian Constructivism and the Italian Arte Povera.

The first Dansaekhwa works appeared in the 1960s and the 1970s, the most controversial period in modern Korean history. In those years the government, headed by army general Park Chun-hee, set the course for the country's remarkable economic success but the price paid was rampant abuses of human rights. The control over what could be painted and how left many artists with no choice but to turn to abstraction. Clean-looking neutral colours were seen as a return to nature and traditional Asian values; an escape from the noise of propaganda, ideology, industrialisation and urbanisation. The painting process was a sort of self-healing for a generation of artists which grew up in the chaos of post-war Korea.

Off-white, neutral colours such as yellow, brown, grey, blue and green are dominant in Dansaekhwa art because the palette has a deep symbolism in traditional Korean culture and virtually all Asian philosophies such as Buddhism, Taoism and Confucianism. In Korea white is associated with the traditional ceramic jars, the rice cakes used in many rites, the traditional Korean paper Hanji and the fact that during the Japanese occupation Koreans were often referred to as “the people in white clothes”. In Buddhist philosophy white contains all colours and thus is a symbol of self-mastery and fulfilment. In Taoism white symbolises emptiness which is seen as the beginning of all things. In Confucianism white is associated with elite aesthetics.

Dansaekhwa artists were more concerned with the execution techniques and the creative process rather than with what the final result would look like. The point was to “empty the heart and fill the canvas” through repetitive mark-making techniques. As a result the paintings have been described as “laboured” and exploring the materiality of the canvas, the paint and the brushes. Working in a state of unselfconsciousness or meditation is one of the key aspects of Dansekhwa.

Leading Dansaekhwa artists such as Park Seo-bo, Lee Ufan, Chung Sang-hwa and Ha Chong-hyun each have their own method of interacting with the canvas.

Park Seo-bo, often called “the living history” of contemporary Korean art, painted the canvas in light gray or beige and drew diagonal lines before the paint dried completely. Of his work he has said that it is “an action, not a representation". His most famous series are “Method” and “Ecriture”.

Lee Ufan, one of Dansaekhwa's leading theoreticians, repeatedly drew lines from top to the bottom of the canvas. His paintings resemble a record of the painting process provoking the viewer to feel his own current environment. The artists often explores the themes of time, space, the other and most notably the encounter between the viewer and the artwork. His most famous series are “From Point” and “From Line”.

Ha Chong-hyun pushed paint through the rear side of the canvas thus defying the most basic principle of painting that the colour should be put on the front of the support. Another distinctive aspect of his works is the use of hemp cloth which he stuck on the canvas. For him his paintings occupy a place between a painting and a sculpture avoiding the traditional division between the two. His most famous series is “Conjunction”.

Of all Dansaekhwa artists Chung Sang-hwa is said to be closest in his approach to the genre. He repeatedly created horizontal and vertical lines on the canvas peeling off the paint and filling up the uncovered patches with similar tones. The result is a modest grid-like hard surface exuding the peace and quiet of contemplation and simplicity. His most famous works are his grid paintings.

Where to Find Them

Dansaekhwa works are now a staple at major international art fairs such as Art Basel, Frieze New York and Venice Biennale so you will not have to look too far. Additionally, Gukje Gallery and Hyundai Gallery in Seoul annually host at least one Dansaekhwa exhibition. And, if you reside in the States, Tina Kim Gallery is your place for Korean art.

Thank you for reading our articles!

The team at Artdependence work hard to bring you exclusive content, in-depth interviews and up-to-date news from the art world. Writing these articles and searching for new stories takes a lot of time and resource. Our website is viewed and shared thousands of times every week, but advertisers are paying less and less for advertising space across all media outlets. That leaves us in a difficult position. We don’t want to start charging people to view our content. We believe everyone should have access to our articles.

Are you able to support independent journalism? You can help maintain a free press and ensure we can continue to create great articles and news stories that shine a light on the art world for anyone and everyone to see. If everyone who read one of our articles made a small donation, it would help to secure future as a strong voice within the arts world and enable us to continue our work.