Huang Yong Ping, a Contemporary French Artist Passed Away at the age of 65 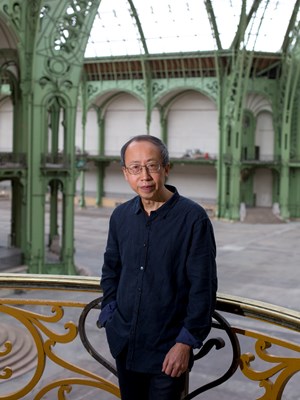 Huang Yong Ping, a contemporary French artist of Chinese origin, died suddenly on October 19, 2019 at the age of 65. Born in 1954 in Xiamen, Fujian, China, he is recognized as a major figure of avant-garde art in China and world-wide.

Image courtesy for the Kamel Mennour

Huang Yong Ping, a contemporary French artist of Chinese origin, died suddenly on October 19, 2019 at the age of 65. Born in 1954 in Xiamen, Fujian, China, he is recognized as a major figure of avant-garde art in China and world-wide. 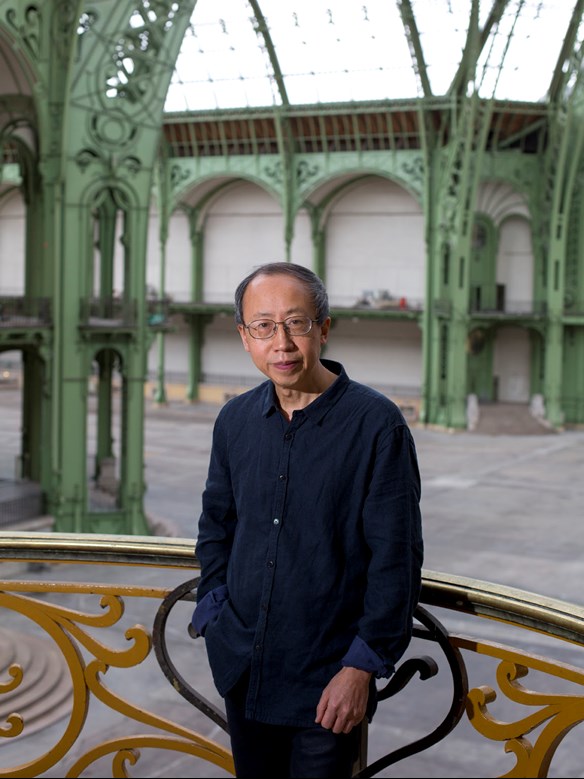 Image courtesy for the Kamel Mennour

The immense artist, the exceptional man, had undertaken in the mid-1980s in China a combative practice aiming to achieve a new correspondence between art, culture and political consciousness. He developed new forms that, beyond their amazing plastic qualities, showed a rare philosophical depth. His work, celebrated in the world's greatest museums, accompanied by the most recognized cultural professionals, was admired for its ability to invent new situations that reflected his thoughts on humanity, art, history, politics, the relationship between East and West, between art and life.

After the Cultural Revolution, from 1978 to 1982, he studied at the Zhejiang Academy of Fine Arts in Hangzhou. From 1985 to 1987, he was the leader of the Xiamen Dada group, whose motto was "Zen is Dada, Dada is Zen". Proclaiming the equivalence between the thought of Zen Buddhism and that of Marcel Duchamp, he carried out radical actions that developed correspondences between art, life and politics. In a context of cultural and political revolt, cultivating an artistic strategy of paradox and deconstruction, the artists of the Xiamen Dada group responded to censorship by setting their works on fire. A central personality for his generation, the artist marked his desire to place his work in the history of the Western avant-garde while showing the conformity of this attitude with the taste of Zen paradox.

In 1989, Huang Yong Ping was invited by Jean-Hubert Martin to participate in the seminal exhibition Les Magiciens de la Terre at the Centre Pompidou and at the Grande Halle de la Villette in Paris. As he was setting up his work, the events in Tiananmen Square broke out in Beijing. He then decided to settle in Paris, from where he gradually spread all over the world.

In the 1990s, he was very early supported by leading professionals such as Hou Hanru, Fei Dawei, Jean de Loisy, Jean-Hubert Martin, Philippe Vergne, Hans-Ulrich Obrist, Kasper König, Saskia Bos, Thierry Raspail, Marie-Claude Beaud and Hervé Chandès. From the Cartier Foundation to the São Paulo Biennale, the CCA Kitakyushu, De Appel Amsterdam and the PS1 in New York, his art then unfolds in increasingly monumental installations, which intertwine ancient myths and the most current events.

In 1999, when he became a French citizen, Huang Yong Ping represented France at the 48th Venice Biennale with Jean-Pierre Bertrand. For the occasion, he broke the ceiling of the French Pavilion with nine columns representing fantastic animals, illustrating his strategy of "Striking the East with the West, striking the West with the East".

In the early 2000s, he returned to China for the first time in eleven years for his "Bat Project", which consisted of reproducing a full-scale aircraft that had finally been censored. He then affirmed his practice of monumental installations that challenge our relationship to reality, and his questioning of the limits of freedom of expression. Until very recently, his major work Théâtre du Monde (1993), featuring living insects, could not be activated during the major exhibition on Chinese contemporary art at the Guggenheim Museum in New York, which had borrowed its title from him (Theater of the World: Art and China after 1989, 2017).

Huang Yong Ping has affirmed a rich plastic language, always deployed in relation to a site, such as his permanent installation Thousand-Armed Guanyin created in Münster on the occasion of Skulptur Projekte in 1997. Often, animals play with their symbols to dialogue with their context: Noah's Ark revisited at the Chapel of the Petits Augustins of the École Nationale des Beaux-Arts in Paris (Arche 2009, 2009), a giant octopus at the Oceanographic Museum of Monaco (Wu Zei, 2010) or even a giant snake skeleton washed up on the beach in the Loire Estuary (Serpent d'Océan, Saint-Brévin-les-Pins, permanent installation, 2012).

His work has been the subject of numerous solo exhibitions, notably at De Appel, Amsterdam, CIAP in Vassivière in 2006, the Astrup Fearnley Museum in Oslo and the Barbican Art Center in London in 2008, and the Musée d'art contemporain in Lyon in 2013. A large travelling retrospective was dedicated to him between 2005 and 2008 at the Walker Art Center in Minneapolis, MASS MOCA in North Adam, Massachusetts, and the UCCA in Beijing. The exhibition Bâton Serpent was held in three parts at the MAXXI in Rome, then at the Red Brick Museum in Beijing in 2015 and finally at the Power Station of Art Shanghai in 2016.

Huang Yong Ping is represented by kamel mennour (Paris/London) since 2009.

In 1999, he was made a Knight of the Order of Arts and Letters, then in 2015 Officer of the Order of Arts and Letters by the Ministry of Culture and Communication. In 2000, he received the UNESCO Prize for the Promotion of the Arts in recognition of Outstanding Creative Achievement in the field of visual arts. In 2016, he was the winner of the Wolfgang Hahn Prize (Ludwig Museum, Cologne, Germany) celebrating the career of outstanding artists.

Huang Yong Ping was the artist invited by the Ministry of Culture for the 7th edition of Monumenta, at the Grand Palais in Paris, in May - June 2016. His work Empires represented a port landscape composed of 305 shipping containers on which an oversized copy of Napoleon's “Bicorne” hat was encircled by a huge snake skeleton 254 metres long.

Huang Yong Ping's work, always profound and powerful, as well as his joyful, brilliant and wise personality, sought to enliven the role of art, seen not as a dead matter and aesthetic objects, but a contaminating essence of life. His incarnated thought has never ceased to highlight these paradoxes from a philosophical point of view towards a world affected by political and geopolitical turbulence. In the West as in Asia, this essential artist has forever marked the history of art and the minds and hearts of those who knew him.