“I don't want anybody to understand anything. Also, there is no correct interpretation” – an interview with Philip Mueller 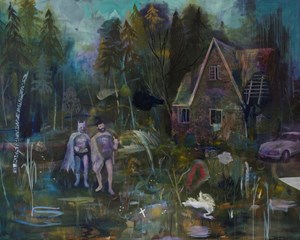 Somewhere between fantasy and reality, superpowers and fragility, you can locate the paintings of Philip Mueller (Austria, 1988). As his solo exhibition “Dreams in Blue. The Year Philip Mueller didn’t Wake Up” is about to open at Carbon 12 Gallery, the young artist shares the following within this interview: “[In this series] you can see everything I experienced during the last year. It was wild and beautiful.”

Somewhere between fantasy and reality, superpowers and fragility, you can locate the paintings of Philip Mueller (Austria, 1988). As his solo exhibition “Dreams in Blue. The Year Philip Mueller didn’t Wake Up” is about to open at Carbon 12 Gallery, the young artist shares the following within this interview: “[In this series] you can see everything I experienced during the last year. It was wild and beautiful.”

With Philip’s color palette, which is composed of tints from an underwater world alongside some sandy fractions, his characters depicted as humans and superheroes, and scenes that resemble some virtual abstract reality, the viewer can’t resist immerging into the waters of this artist’s dreams.

In particular, the artist’s abstract drawing installations stand out from the “Dreams in Blue” circle. In contrast to the figurative paintings, the drawing installation contains lots of energy in its substance, which, when combined with the general mystical, naive and dreamy mood of the series, and in contrast to the Artist’s intention in the show’s title, the work leaves the viewer with an impression of rebirth as a result of an explosion or an awakening.

Philip Mueller talks to Artdependence Magazine about his work, hidden meanings and interpretations, and his upcoming show. 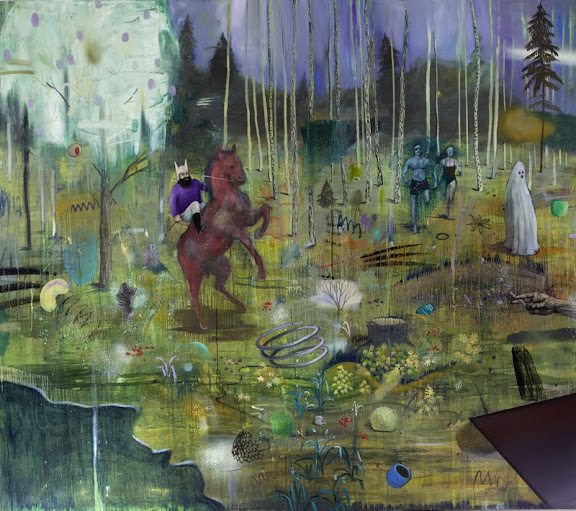 Artdependence Magazine: How would you define your genre of painting? What role does fantasy play in your work?

Philip Mueller: There is no genre in particular, but I guess that most of my paintings work within a fantastic figurative insanity. Fantasy is everything.

AD: Could you explain the title of your upcoming show at Carbon 12 Gallery:  “Dreams in Blue. The year Philip Mueller didn’t wake up”?

PM: In the "Dreams in Blue" circle you can see everything I experienced during the last year. It was both wild and beautiful.

AD: How does your cooperation with a curator usually work? How do you see their function and role?

PM: The curator normally is an important link between my work and the viewer. Even if I am doing the whole concept of a show or a performance on my own, the curator, as one of the first recipients,  should react on the works and filter whichever problems they can see, in order to then discuss them. In best case the curator is a nice person with whom you like to go out for dinner and spend time together. 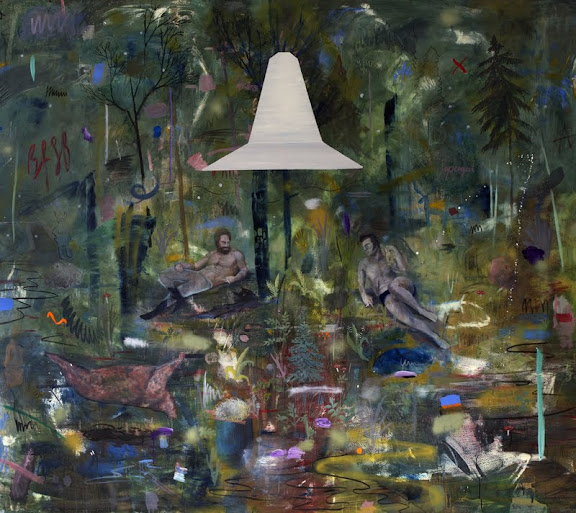 AD: How did the idea of using surfboards as the basis for your paintings occur to you?

PM: Surfboards are a myth for freedom since the 1950’s. That fits into this exhibition, because it’s all about that feeling.

AD: For this upcoming exhibition you will also be exhibiting some abstract paintings. Are these paintings something new in your oeuvre? 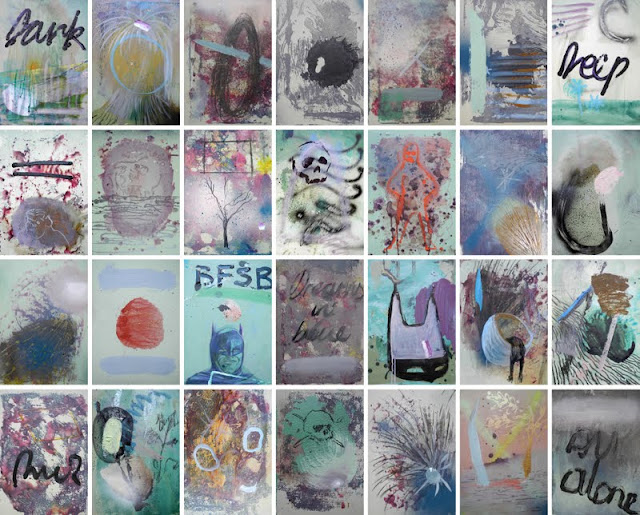 AD: To a certain extent, all imaginary worlds are very private and filled with personal emotions and experiences. Do you think the themes in your paintings can be understood by the viewer and correctly interpreted?

PM: I don't want anybody to understand anything. Also, there is no correct interpretation. The viewer should decide if he likes what he sees and then build his own story upon this. I'm just doing the same.

AD: What artists are your favourites? What contemporary artists do you follow?

AD: Is it hard to be an artist?

AD: What is your ultimate dream? 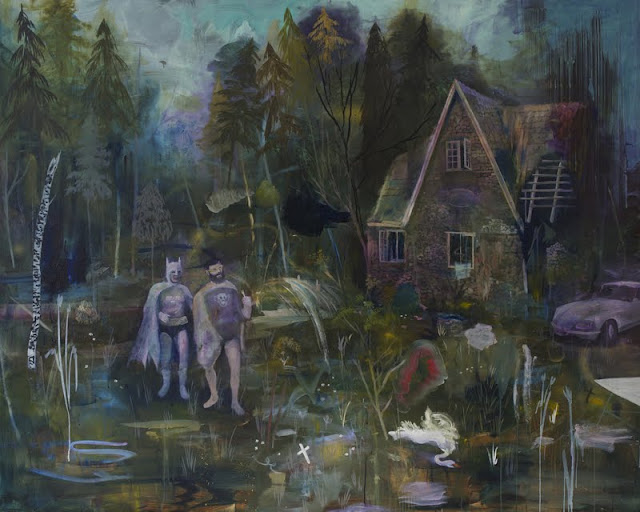 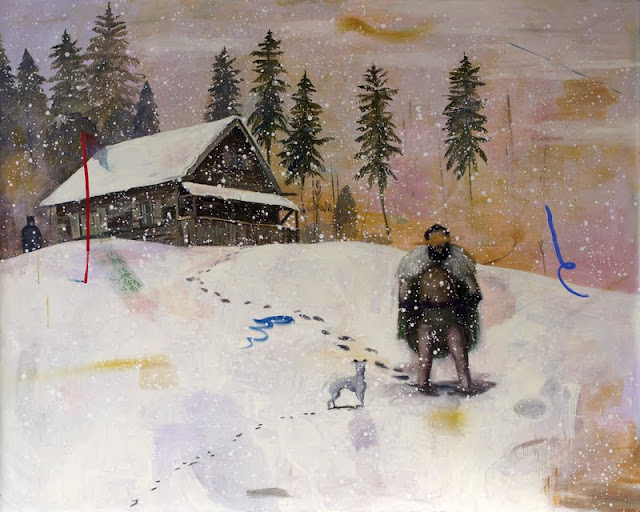 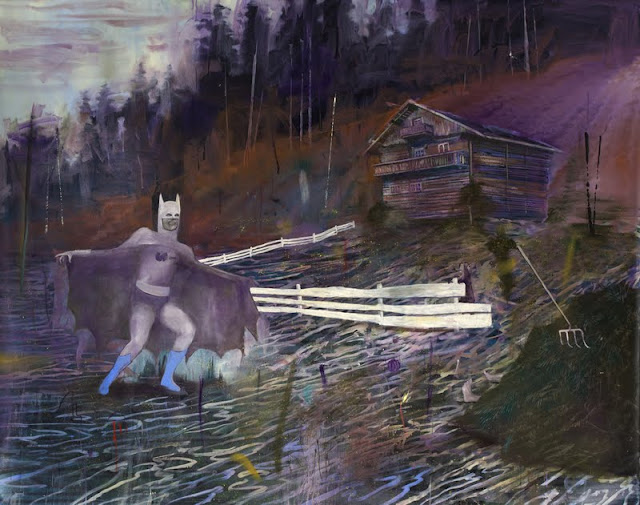 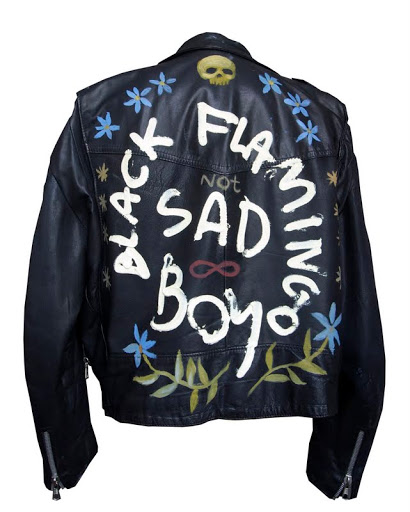 More information about the show is here.