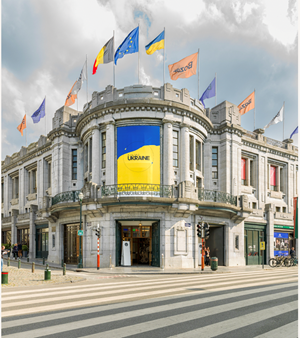 The PinchukArtCentre (Kyiv, Ukraine), Victor Pinchuk Foundation and M HKA (Antwerp, Belgium) in partnership with Bozar (Brussels, Belgium), the European Parliament (Brussels, Belgium), and the Office of the President of Ukraine present Imagine Ukraine, a three-part project continuing the cultural front against Russia’s war in Ukraine.

The PinchukArtCentre (Kyiv, Ukraine), Victor Pinchuk Foundation and M HKA (Antwerp, Belgium) in partnership with Bozar (Brussels, Belgium), the European Parliament (Brussels, Belgium), and the Office of the President of Ukraine present Imagine Ukraine, a three-part project continuing the cultural front against Russia’s war in Ukraine, the idea launched by the PinchukArtCentre during the 59th Venice Biennale. The project is possible because of the support of the Flemish Community.

Imagine Ukraine is an ambitious project that aims to reach out beyond the immediate urgencies, however pressing those continue to be. It wants to open up to the larger reflection and longer-term perspective that are needed for the future. Europe needs an enhanced focus on Ukraine, its concreteness and complexity, its possibilities and flight lines. Our joint understanding needs to grow.

The project is launched through three exhibitions, starting from the works of Ukrainian artists in the collection of the Flemish Community, presented at M HKA Imagine Ukraine - Art as a Critical Attitude (May 6 - August 21, 2022), Bozar Council Room Imagine Ukraine - Small and Big Stories (May 6 - June 21, 2022), and Parlamentarium of the European Parliament The Artist as a Witness (May 6 - September 30, 2022). These are the starting points to initiate a reflective space about the past, present and future of Ukraine as a part of Europe.

In the European Parliament, the perspective is that of the artist as a witness, in Bozar the tension between big narratives and the reality of human lives, in M HKA art as a critical mind.

That space will be furthered by reflective materials on Ukraine, brought together by the PinchukArtCentre, and by a series of events: lectures, debates, film screenings and other activities, by each of the partners (the program will be announced on the website). Together with the artistic proposals, this creates a reflective platform that will also take the form of a website, built by M HKA and jointly developed by M HKA and PinchukArtCentre.

The website will be in English, Dutch, French and Ukrainian. It will initially serve as a context for the exhibitions. In a second instance, it will make the materials of the exhibitions and public events accessible for a wider audience. In a third instance, it wants to make space for the broader solutions we search and find as a society. Imagine Ukraine only operates within the ecology of activities that are at this moment undertaken by a multitude of actors. It therefore also wants to insist and support the continued work of institutional and citizen engagement.

Imagine Ukraine aims at a long-term commitment of presentation, reflection and communication. In the end, Europe and Ukraine jointly need to develop structural responses to their common future and that with the wider world.

The exhibitions are curated by Bart De Baere, Director of M KHA, and Björn Geldhof, Artistic Director of the PinchukArtCentre.

Parlamentarium of the European Parliament

The Artist as a Witness

The access to all of the exhibitions is free.

The works are in the exhibitions complemented by the texts by Serhii Plokhii, Mykhailo S. Hrushevs'kyi Professor of Ukrainian History and Director, Ukrainian Research Institute, Harvard University, and Thomas Weihe, former head of the board, the Victor Pinchuk Foundation, by videos with contextual reflections by Timothy Snyder, Levin Professor of History, Yale University, and by registrations of debates.

The M HKA is a museum for contemporary art, film and visual culture in its widest sense. It is an open place of encounter for art, artists and the public. The M HKA aspires to play a leading role in Flanders and to extend its international profile by building upon Antwerp's avant-garde tradition. 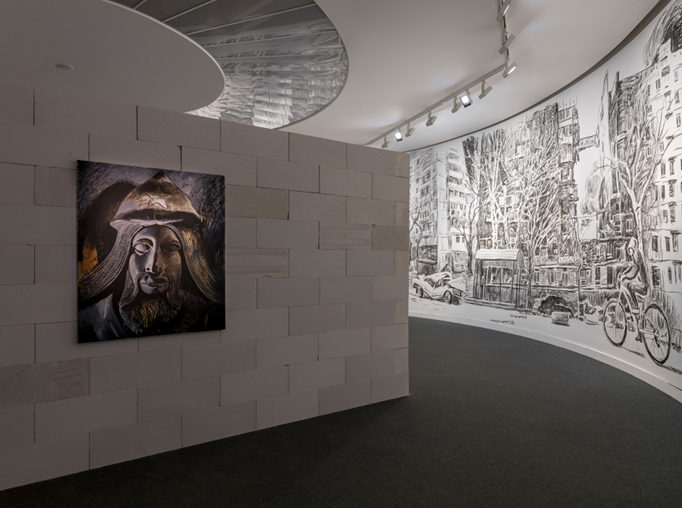 The M HKA bridges the relationship between artistic questions and wider societal issues, between the international and the regional, artists and public, tradition and innovation, reflection and presentation. Central here is the museum's collection with its ongoing acquisitions, as well as related areas of management and research.

M HKA is a cultural-heritage institution of the Flemish community.

Since its creation in 1928, Centre for Fine Arts, Bozar has been an important Belgian, European and international cultural centre in Brussels. Right from the beginning, the artistic production from Belgium was embedded in an international context. Long is the list of composers, musicians, orchestras, companies, visual artists, museum collections, performing artists, directors, actors and authors, national as well as foreign, who were welcomed at the Centre for Fine Arts in its heyday. At the core of our programme lies the quality of our offer that opens doors to a diverse public and contribute to social cohesion and well-being. Equality or balancing power relations have also become key concerns for arts houses of the XXIth century. Ensuring fair access and active participation of different communities and citizens is therefore a major element for our programmes. Bozar is a house made by and for art and artists, and art sharpens the imagination.

The PinchukArtCentre was founded in September 2006 by businessman and philanthropist Victor Pinchuk. It is one the largest and most dynamic private contemporary art centres in Central and Eastern Europe. With over 3 million visitors, the PinchukArtCentre has become an international hub for contemporary art, developing the Ukrainian art scene while generating critical public discourse for society as a whole.

For over 15 years, the PinchukArtCentre has provided free access to new ideas, perceptions and emotions. Its exhibition program investigates national identity in the context of international challenges. It engages the public in a dynamic dialogue through a full range of educational and discursive events. 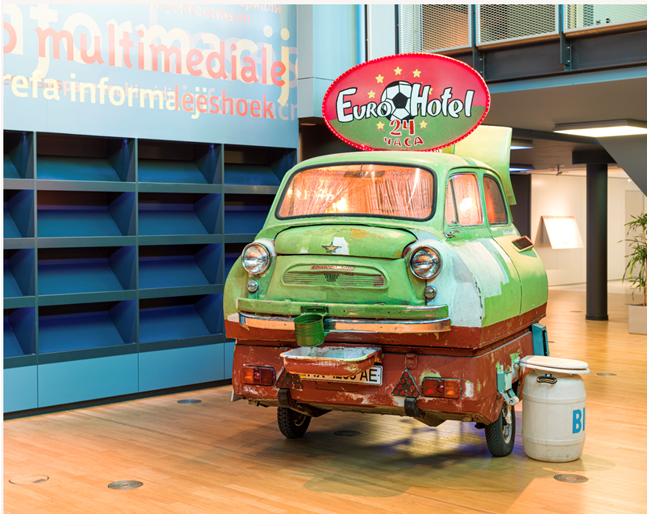 In 2016, the PinchukArtCentre launched Research Platform as a pioneering project that aims to generate a living archive of Ukrainian art from the early 1980s through to the present. The research is regularly shared with the public through exhibitions, publications, and discussions.

The PinchukArtCentre is located in Kyiv’s historic architectural complex in the Besarabka area, which underwent a major renovation in the beginning of the 21st century. The interior architecture for the centre was developed by the French architect Philippe Chiambaretta. Currently, the PinchukArtCentre occupies six floors with exhibition spaces on four floors, library, education room, book store, video-lounge and café. The total exhibition space amounts to more than 3000 sq. meters.