Interview with Lynn Davis - 'It's My Journey, But You Can Go There Too' 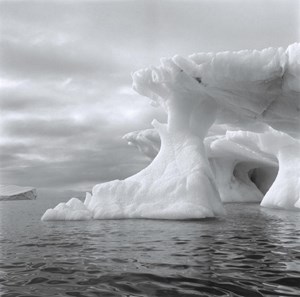 American photographer Lynn Davis is best known for her large-scale photographs in black and white. She staged her first exhibition at the International Center of Photography in New York City in 1979 alongside Robert Mapplethorpe, a long time friend. After a life changing trip to Greenland in 1986, she shifted her focus towards landscape work and away from the human form.

American photographer Lynn Davis is best known for her large-scale photographs in black and white. She staged her first exhibition at the International Center of Photography in New York City in 1979 alongside Robert Mapplethorpe, a long time friend. After a life changing trip to Greenland in 1986, she shifted her focus towards landscape work and away from the human form. Davis also worked for renowned photographer Bernice Abott. 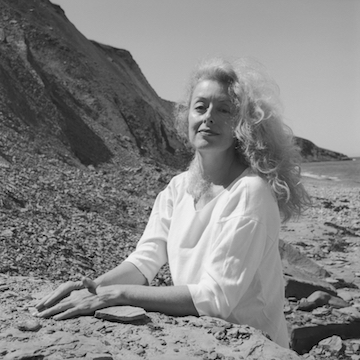 Artdependence caught up with Davis to ask her about her career and her passion for the still image.

Ardependence (AD): Almost everything we see on your work comes from the East. Where does the inspiration for your work come from?

Lynn Davis (LD): I love the East. I have a huge fascination with it. I went there many times when travelling in the region was so easy. I would go on my own. I love the desert, the architecture and the sense of history. I feel very involve with it. There is something about the aesthetic and energy of those ancient sites that I just feel in my soul. I can’t explain. It’s a place I feel good and comfortable.

On the other hand I also love places with water. The great waterfalls of the earth. I’ve been to Greenland 6 times. I tend to like the extremes. The cold and the hot. 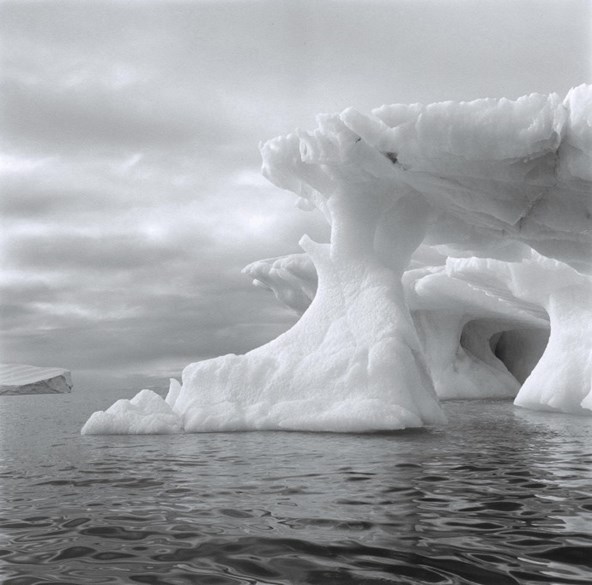 AD: I assume you read a lot, so do you decide in advance where you will go and what you will photograph? Or is it an impulse?

LD: It’s both. I studied in college before I started photography. I studied philosophy, art history and literature. I had a background in these things. The literature of the places is always very important to me. I had the background, so when I started doing the trips, one led to the other. It was never entirely intuition or research. I would go to one place and that would lead me to the next place. At the time that I was travelling there weren’t that many pictures. There wasn’t any internet. You had to go to `bookstores or the library. I would do most of that research before I left. I don’t like having guides with me, telling me what I’m looking at. I would do all of my homework before and after.

AD: Was there any part of you that knew subconsciously that it might not last forever?

LD: When you know history and you travel, you see the rise and fall of all civilizations, so you start to realise that we are not exempt from change either. That’s another thing that interests me – the temporary. Life and death. I had gone through a lot of deaths of people who were close to me. For me, that represents a kind of freedom. The photographs helped me to deal with the things I was going through. I could think about all of the other people in those civilizations. 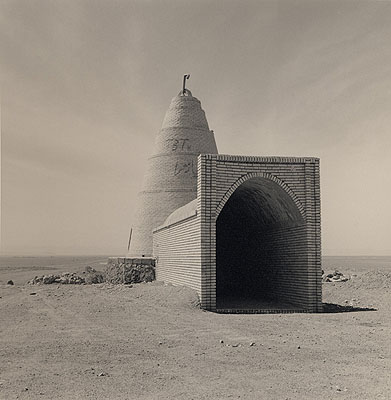 There are lots of things in my body of work that are now gone. In Iran, Pan collapsed two years after I was there. Many of the things in Palmyra are now gone. I loved that place. I was in so much agony over the destruction. It hit me personally. When they killed the curator who had spent his life dedicated to that place. For people who haven’t been there and seen it, it is hard to understand the beauty and how fragile this history is. There are so few things left from that piece of history. I have some beautiful pictures of the Valley of Tombs there. 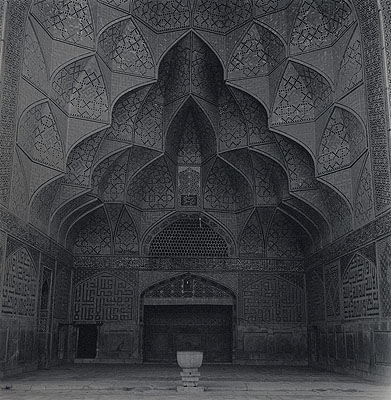 I spend time at the sites. I don’t shoot with a tripod. I move very freely when I photograph. I remember getting up at dawn in Palmyra and it was almost pink. The sun was rising over the sand. I thought ‘this is what is magic to me’.

AD: Is it true that you use analogue cameras?

LD: All of my images are taken with my old rolleiflex. They are all developed. I do some digital printing but it is all from the negative. Some are toned with a little liquid gold. I try to match the toning with the feel of the place. I am very big on sacred geometry. I can’t say that I totally believe in it, but the numerology interests me. All of my photos have a clear middle, and also the ground and the sky. That is so that you don’t end up with your face right in the building. My job is finding the right angle. You have to look at every building 360 degrees and look at all of the views. I kind of go around in a spiral until I get my picture. It’s a lot of fun. 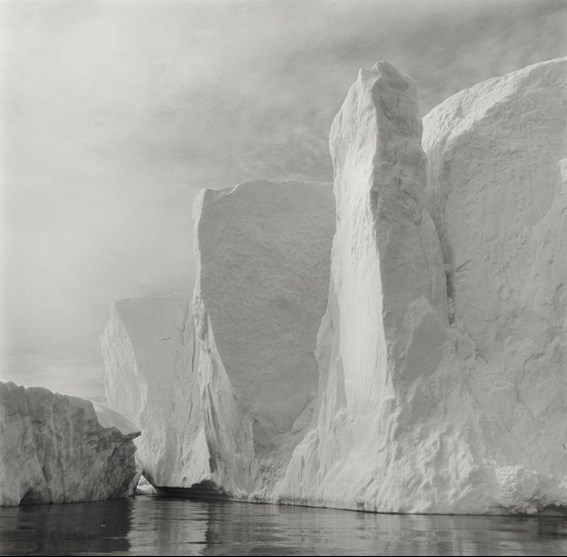 AD: How do you feel about the fact that Paris Photo is emphasising the work of female photographers?

LD: When you look at my pictures, if you did not know who I was, would you know that a woman had done this? That’s how I look at work. I am happy that they are focusing on female artists. In the States a lot of women are overlooked. Is it necessary to focus on female photographers in this day and age? I don’t know, but it is good because there are a lot of good women artists and the men usually still run the show. It is changing. When I started there weren’t that many female photographers. I worked for Bernice Abbot. Those women, Bernice, Lisette Modell, they really had a difficult time. I knew them both and I knew what hardship they had gone through. I think my generation got a break in some respects. I kept my focus on the work and fortunately I was raised by a mother and father who didn’t put limits in my mind. Sometimes in life you just feel that you are going to do something because that is what you need to do – whether it is easy or hard. You just do it.

AD: What is your next project?

LD: Travelling is different now. I am not doing it so much. I am in a little bit of a transition. I have got some new ideas and we will see what comes. At my age you don’t want to do anything less than what you have done. If I can produce something in a slightly new way that I think is as good as this, or better, I will work.

AD: Which of your trips had the biggest impact on you?

LD: The harder they were, the bigger the impact. In Yemen, going off with a driver who spoke no English during Ramadan and trying to get to around. Staying in Mali with lizards running on the ceiling. When I shot the great Mosque of Mali, there were no hotels in town. You experience some hardship, but you know that you want to be there at dawn to capture that building. You know that you must do that, so you carry on. My journey begins without any itinerary or schedule. You have no idea where you might end up that night. You don’t know what you might see during the day. It’s a but like a treasure hunt. I don’t know if it can be like that these days.

AD: Photographs reflect reality. But do you think your photographs capture reality?

LD: It’s my reality. If I don’t add a little something to the photograph, then what am I giving you? It’s my journey, but you can go there too.