Is the Mona Lisa Set to Start Travelling? 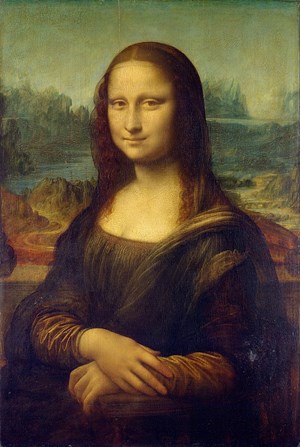 After 500 years in Paris, the Mona Lisa may be set to leave the city on a rare tour.

After 500 years in Paris, the Mona Lisa may be set to leave the city on a rare tour.

Francoise Nyssen, the Culture Minister for France, has revealed that the painting could embark on a regional tour in the near future. The comments were made during an interview with Europe 1 radio in which she was discussing an upcoming travelling exhibition of France’s most prestigious works of art. Nyssen stated that she was “seriously considering” Da Vinci’s Mona Lisa, often thought to be one of the most famous works of art in the world.

It is extremely rare for the Mona Lisa to leave the Louvre. Concerns over security and the fragility of the painting make moving the painting extremely difficult. Millions of people visit the Louvre every year to see the iconic painting which was famously stolen from the Louvre in 1911. It was found two years later in Florence and restored to its former home. During the world wars, the Mona Lisa was moved to safety in a secure location.

The painting has been displayed nationally and internationally on rare occasions over the last 100 years. In 1956 the lower part of the painting was severly damaged when a vandal threw acid at the canvas during a display in Montauban, France. The painting also left Paris in 1963 to be exhibited in Washington and New York and again in 1974 to be displayed at exhibitions in Tokyo and Moscow. Whilst on display at the Louvre it is one of the world’s best-protected works of art. It is kept within a sealed, bullet-resistant box to protect it from changes in heat and humidity and is watched 24 hours a day by a team of security staff.

In 2013, the Louvre refused a request to display the work in Florence, the city where Da Vinci is believed to have begun work on the painting.

But Nyssen has grand plans to make the Mona Lisa more accessible for all. “My priority is to work against cultural segregation,” she said, stating that a touring exhibition was the best way to achieve her goals.

The announcement comes amidst renewed international interest in Da Vinci’s work following the record-breaking purchase of the Salvator Mundi in 2017. The painting sold for an unprecedented $450million to the Abu Dhabi department of culture and tourism. The painting will be go display at the Louvre Abu Dhabi later in the year.