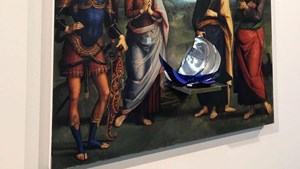 As reported by the Dutch newspaper Het Parool, Jeff Koons' Gazing Ball artwork was seriously damaged on its last day in Nieuwe Kerk, Amsterdam.
In photos, it is visible how the blue glass ball lies in dozens of pieces on the floor of the church choir, where it was being shown. According to witnesses, a visitor to the exhibition accidentally stumbled onto it after attempting to touch the artwork.
A witness said that she and other visitors noticed that there was virtually no separation between the Gazing Ball and the public. The glass artwork ("a kind of Christmas ball") was, according to her, only attached to the sixteenth-century image by tape. The Nieuwe Kerk has not yet responded to questions about the incident.
The Gazing Ball has been hung in the New Church since February in the framework of the Masterpiece series. 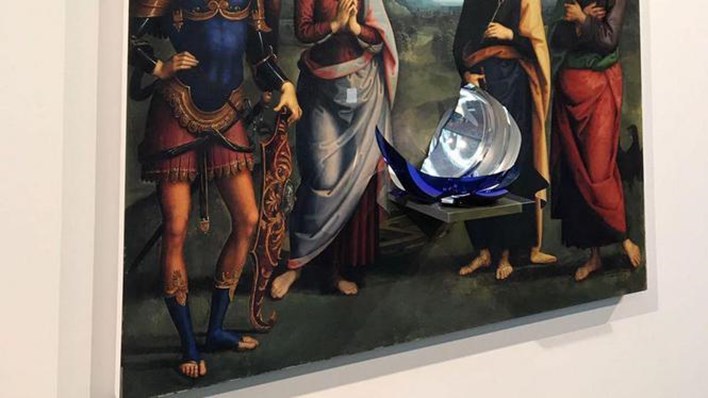