JMW Turner: Watercolours from Tate to Open in Buenos Aires 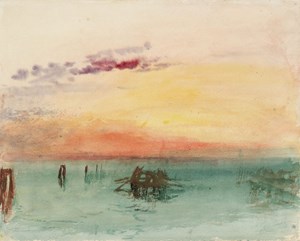 JMW Turner: Watercolours from Tate will be the first major exhibition of the work of Turner in Latin America, and the first Tate exhibition to be shown in Argentina. It opened on 26 September 2018, at the Museo Nacional de Bellas Artes in Buenos Aires.

JMW Turner: Watercolours from Tate will be the first major exhibition of the work of Turner in Latin America, and the first Tate exhibition to be shown in Argentina. It opened on 26  September 2018, at the Museo Nacional de Bellas Artes in Buenos Aires.

J.M.W. Turner is undisputed as the greatest exponent of English watercolour in its golden age. This exhibition, curated by David Blayney Brown of Tate Britain, one of the world’s leading experts on Turner, reveals the role watercolours played in the artist’s life and work. Turner rarely left home without a rolled up, loose-bound sketchbook, pencils, and a small travelling case of watercolours in his pocket. He exploited the medium’s luminosity and transparency like no one before him, conjuring light effects on English meadows and Venetian lagoons and gauzy mists over mountains and lakes.

The exhibition will comprise more than 80 works from Tate’s collection, including large, finished watercolours alongside spontaneous sketches that reflect the artist’s sometimes impulsive and experimental nature. 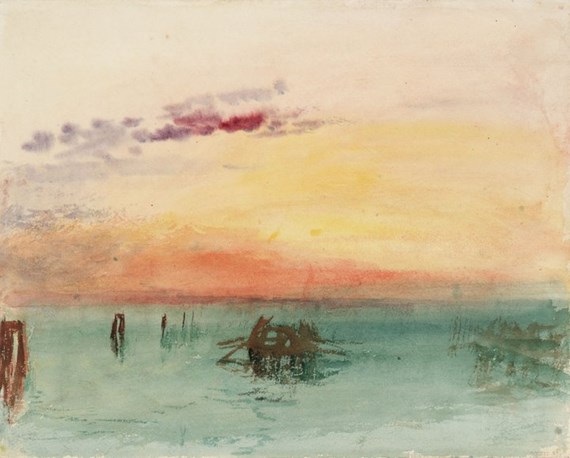 Alex Farquharson, Director of Tate Britain, said: ‘We are delighted that JMW Turner: Watercolours from Tate is to be shown at Museo Nacional de Bellas Artes in Buenos Aires and thrilled that this special selection of more than 80 of this great artist’s most resonant watercolours will be the first exhibition from Tate to be shown to audiences in Argentina.’

After Turner’s death in 1851, the contents of his studio were bequeathed to the nation. The Turner Bequest held by Tate comprises around 37,000 works on paper, 300 oil paintings, and 280 sketch books. It is from this bequest that works for this exhibition are drawn – to comprise approximately 80 works on paper including Venice: Looking Across the Lagoon at Sunset, Study for Eddystone Lighthouse, and Caernarvon Castle, North Wales.

As one of the most gifted draughtsmen of his generation, and a superlative master of watercolour, Turner sold most of his finished and exhibited watercolours. What he kept for himself was different, but in no way inferior. It has a special character of its own, often closer to the artist’s true self than the work he made for the public. John Ruskin, one of the first to study the whole Bequest, observed how much of it had been made for Turner’s ‘own pleasure’. Intimate, expressive, experimental, it offers unique insights into the mind, imagination and private practice of a great Romantic painter.

This selection from the Bequest allows us to look over Turner’s shoulder as he progresses from conventional beginnings as a topographical and architectural draughtsman to embrace an extraordinary range of subject matter in a dynamic manner founded on a refined appreciation of light, colour, and atmospheric effects. Joined in this exhibition by a small group of finished watercolours and oil paintings to show their impact on Turner’s public output, these most personal of his works remain as fresh and immediate today as when they first appeared on paper.

JMW Turner: Watercolours from Tate is curated by David Blayney Brown, Senior Curator of British Art 1790—1850, Tate Britain. In spring 2018, the exhibition was presented at Chiostro del Bramante in Rome; in 2019 it will travel to Centro Cultural de la Moneda in Santiago, Chile.