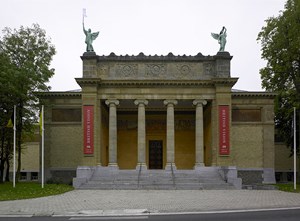 There is a judicial investigation of the authenticity of documents that were recently the object of an exhibition at the MSK in Ghent.

There is a judicial investigation of the authenticity of documents that were recently the object of an exhibition at the MSK in Ghent.

In the context of this investigation, home searches were carried out in various places by the Federal Judicial Police of East Flanders under the direction of the investigating judge in Ghent.

In view of the legal secret of the investigation, no further information can be provided for the time being.

Recently, 4 international art dealers have taken a civil claim because they believe that the fuss about the collection of Russian art in the MSK has caused the international art market economic damage and the museum has suffered reputational damage. This is what their lawyer Geert Lenssens reports to VRT NWS.

They are art dealers from New York and London, also a family member who manages the partrimony of an artist whose work was on display joined the 4 dealers in the claim.