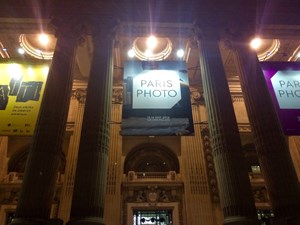 Julien Frydman, director of the Paris and Los Angeles-based art fair Paris Photo for the past four years, has announced that he will leave his post as director in late january 2015.

Julien Frydman, director of the Paris and Los Angeles-based art fair Paris Photo for the past four years, has announced that he will leave his post as director in late january 2015.

The reason Frydman leaves is because he got a job offer, he doesn't want to announce his new direction yet but it will not be heading another artfair.

Under Frydmans direction Paris Photo reached 60.000 visitors and attracted galleries not specialized in photography, like the blue-chip galleries David Zwirner and Gagosian.

It is not yet clear who will be Frydmans successor.

Paris Photo has begun looking for Frydman's successor. Florence Bourgeois, former general director of the London and Paris editions of the art fair PAD, has already been approached to join the team.