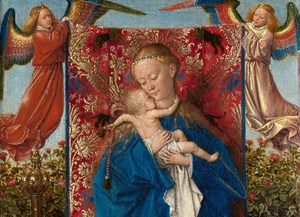 The exhibition presents three of the circa twenty extant works by Jan van Eyck, offering a glimpse of the art produced during the reign of Duke Philipp the Good, when the Burgundian Low Countries witnessed a unique flowering of courtly and urban civilisation.

The exhibition presents three of the circa twenty extant works by Jan van Eyck, offering a glimpse of the art produced during the reign of Duke Philipp the Good, when the Burgundian Low Countries witnessed a unique flowering of courtly and urban civilisation.

Jan van Eyck (c.1390-1441), the favourite court painter of Philipp the Good, duke of Burgundy (1396-1467), is celebrated for his virtuosity in the use of oil paint and his skill in combining naturalism and realism with brilliant colours. Already regarded as an epoch-making artist by his contemporaries, he was soon renowned throughout Europe as the founder of Early Netherlandish painting. 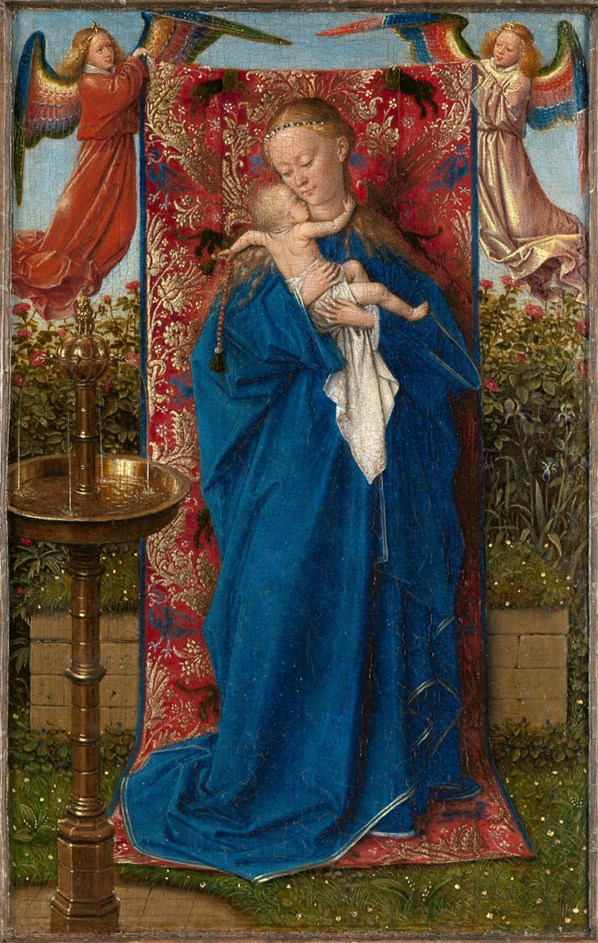 Jan van Eyck was one of the first artists north of the Alps to sign and date his works. His use of a motto is remarkable. In the early fifteenth century, it was highly unusual for a painter – then still regarded as a mere craftsman – to have his own device, something reserved for the dukes of Burgundy and the nobility. Jan van Eyck chose AΛΣ · IXH · XAN as his motto and generally inscribed it in pseudo-Greek letters; it is, however, in Dutch and means “as I can” or “as best I can” as in “as best I can, not as I would”, which is presumably meant to imply the artist’s modest appreciation of his own work.

Jan van Eyck produced his Madonna at the Fountain in 1439, two years before his death. His virtuoso handling, the brilliance of his colours in the newly-perfected medium of oil painting, and his subtle brushstrokes turn this devotional picture into a perfect masterpiece.

This exceptional loan from the Royal Museum of Fine Arts in Antwerp engendered this exhibition, in which the two panels by Jan van Eyck are juxtaposed with the highlights of the Kunsthistorisches Museum Vienna’s collection of Early Netherlandish painting.

Also on show is the Chasuble from the vestments of the Order of the Golden Fleece, the influential order of chivalry founded by Philipp the Good in 1430. Normally displayed in the Imperial Treasury, it represents the exquisite textile arts that played such a seminal role in the legendary splendour of the court of the dukes of Burgundy. This uniquely sumptuous liturgical vestment is couched and embroidery all over in gold and coloured silk threads, making it many times more expensive than paintings.

The Kunsthistorisches Museum Vienna’s exhibition was organised in collaboration with Flanders (www.flanders.at), which will honour this great Early Netherlandish master in 2020 by organising a number of exhibitions and events in Ghent.