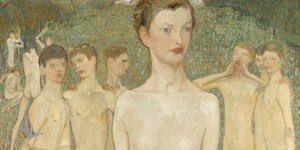 The rediscovery of the women artists of Viennese Modernism began in early 2019 with the City of Women exhibition at the Lower Belvedere. In 2020, the Belvedere continues this trajectory by dedicating an IN-SIGHT exhibition to Elena Luksch-Makowsky, one of the central protagonists of this period.

The rediscovery of the women artists of Viennese Modernism began in early 2019 with the City of Women exhibition at the Lower Belvedere. In 2020, the Belvedere continues this trajectory by dedicating an IN-SIGHT exhibition to Elena Luksch-Makowsky, one of the central protagonists of this period.

At the beginning of the 20th century works by the artist were to be found in all major Viennese art institutions and media – including Ver Sacrum, Wiener Werkstätte, Secession, and Galerie Miethke. Curated by Alexander Klee. 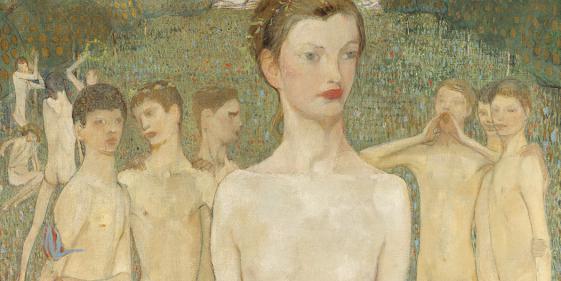 Elena Luksch-Makowsky was born in 1878 into a wealthy Saint Petersburg artist family. At an early age she came into contact with numerous artists and travelled with her mother through Europe. She studied first in Saint Petersburg, then in Munich, with her artistic breakthrough occurring in the fall of 1898 during a stay in Dachau. In 1900, she married the Viennese sculptor Richard Luksch. Initially her style was influenced by the Peredvizhniki group, an artist cooperative to which her father's work was attributed. She soon abandoned this style, however, and turned to the Neu-Dachau painters and, through her brother, established close contacts with the artists of the St. Petersburg avant-garde. Luksch-Makowsky participated in Secession exhibitions in 1901, 1902, and 1903. Later, in 1911, the artist, now based in Hamburg, collaborated with the Wiener Werkstätte. In the years that lay between, she expanded her connections to and within Russia, enriching her own artistic oeuvre as well as that of the Vienna Secession’s through a channel of significance heretofore untapped. The show at the Belvedere places a particular focus on this aspect of her biography.

The exhibition is designed as a continuation of the large-scale City of Women group show of 2019 at the Lower Belvedere – by placing the spotlight on one of the artists presented in 2019, the career of a key figure of Viennese Modernism is traced. The first monographic catalogue of Elena Luksch-Makowsky’s work will accompany the exhibition.