Lempicka portrait from the collection of fashion legends 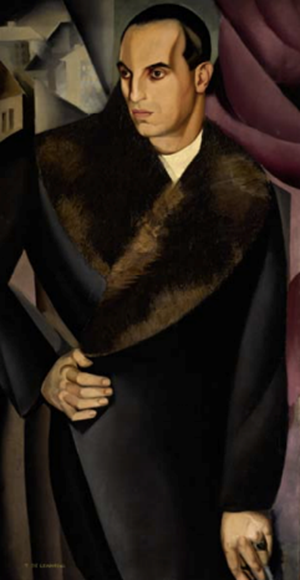 Sotheby’s is pleased to unveil highlights from its upcoming Evening Sale of Impressionist & Modern Art in New York.

Sotheby’s is pleased to unveil highlights from its upcoming Evening Sale of Impressionist & Modern Art in New York. The 14 November auction will be led by Edvard Munch’s seminal Pikene på broen (Girls on the Bridge) from 1902 – one of the most powerful paintings of the artist’s career, which is estimated to achieve in excess of $50 million. Sotheby’s marquee autumn auctions of Impressionist & Modern and Contemporary Art will be on view in our York Avenue galleries beginning 4 November.

Tamara de Lempicka's sexy, bold and ultra-stylized Portrait de Guido Sommi illustrates the sleek aesthetic of the Roaring Twenties, and is a rare depiction of a male subject within the artist’s career (estimate $4/6 million). The work comes to auction this November from the collection of Kenneth Paul Block, one of the most influential fashion illustrators of the 20th century, and Morton Ribyat, a noted textile designer who ran the design departments at two major firms.

As the chief features artist for Women’s Wear Daily, Mr. Block was well-known for his sophisticated drawings of the latest styles and the women who wore them. For decades he drew the collections of major American and European designers – from Norell, Halston and Galanos, to Balenciaga, Chanel and Saint Laurent.