Louvre Presents The Body and Soul: Italian Renaissance Sculpture from Donatello to Michelangelo 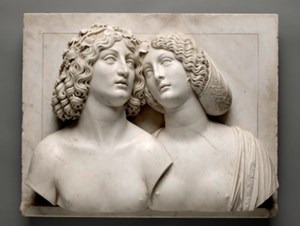 The Body and Soul: Italian Renaissance Sculpture from Donatello to Michelangelo exhibition, co-organized by the Castello Sforzesco in Milan, brings together over 150 artworks. It highlights the main characteristics of the new art style that spread throughout Italy in the second half of the Quattrocento (15th century), culminating in the early 16th century in what contemporary art historian Giorgio Vasari described as the “modern style”—the peak of Renaissance sculpture and Italian art.

The Body and Soul: Italian Renaissance Sculpture from Donatello to Michelangelo exhibition, co-organized by the Castello Sforzesco in Milan, brings together over 150 artworks. It highlights the main characteristics of the new art style that spread throughout Italy in the second half of the Quattrocento (15th century), culminating in the early 16th century in what contemporary art historian Giorgio Vasari described as the “modern style”—the peak of Renaissance sculpture and Italian art.

Artists looked for innovative ways to depict the movements of the human body; this desire to express motion and emotion underlays the work of the greatest sculptors of the period—including Donatello and Michelangelo, two of the most famous artists in history. By the late 15th century, Michelangelo had achieved a mastery of form reflected in the figures of the Slaves, held at the Louvre. 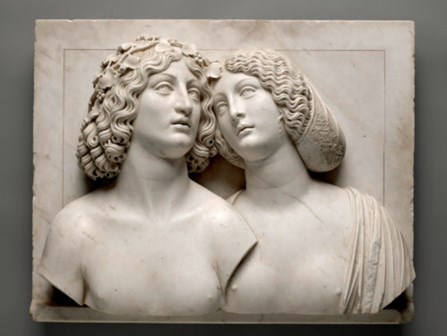 The variety of works on display in the exhibition illustrates the sheer scope of Renaissance creativity, represented by many outstanding artists including Antonio Pollaiolo, Tullio Lombardo, Andrea Riccio and Agostino Busti (known as Bambaia). They worked above all in Tuscany, Lombardy, and Venetia, but also at the courts of Urbino, Ferrara, and Mantua.

Body and Soul follows on from The Springtime of the Renaissance, a 2013 exhibition at the Palazzo Strozzi and the Louvre, which focused on the genesis of Renaissance art in Florence in the first half of the Quattrocento, sparked by the work of Donatello, Lorenzo Ghiberti and Luca della Robbia.

The exhibition is organized in three main sections:

The first, called Grace and Fury, features works by sculptors such as Antonio Pollaiolo, Francesco di Giorgio Martini and Bertoldo di Giovanni—complex compositions inspired by classical models, with male figures in twisted movements conveying a sense of physical strength and emotional tension. These contrast with elegantly draped (mostly female) figures with which artists expressed the harmony of the human form, culminating in graceful depictions of nudity.

The second section, The Power to Touch and Convince, shows how religious works were designed to move and inspire viewers. Following on from the works produced by Donatello around 1450, sculptors sought to depict feelings and emotions. Between 1450 and 1520 in northern Italy, scenes of great emotional intensity were created—particularly groups depicting the Lamentation of Christ, such as those by Guido Mazzoni and Giovanni Angelo del Maino. Religious pathos is also expressed by many figures of Mary Magdalene and Saint Jerome produced in Italy at that time.

The third section, From Dionysos to Apollo, shows how artists drew inspiration from antiquity by reinterpreting classical models such as the Spinario and the Laocoon group. Alongside changes in the field of painting, with the “sweet style” (stile dolce) introduced by Perugino and the young Raphael, sculptors sought a new harmony, transcending the naturalism of gestures and emotions. This quest for a universal expression of beauty was particularly dynamic—and clearly classical in inspiration—in Venetia and Lombardy, but was also strong in Tuscany and Rome, where the new styles spread and became unified during the papacies of Julius II and Leo X.

The stile dolce culminated in the early 16th century in the emergence of the “sublime,” with a new form of classicism initiated by Raphael and Michelangelo.
In the late Quattrocento, the ideal harmony of form achieved by Michelangelo encompassed the study of anatomy, an ideal of perfect beauty, and a desire to transcend nature through art. His research led to the creation of the Slaves, now in the Louvre, and his final works convey a sense of the inexpressible.

The exhibition extends the notion of Renaissance beyond Tuscany, situating it in a broader, more complex context than that of the early Quattrocento. It focuses on Florence, of course, with key figures such as Donatello and Michelangelo, but also on other regional centers that adopted and readapted the new artistic language. This can be seen in particular in the reuse of models and subjects, and an adaptation to local traditions which resulted in distinct regional styles, especially in northern Italy: in Milan (with Solari and Bambaia), Venice (with Tullio Lombardo), Bologna (with Guido Mazzoni), Siena (with Francesco di Giorgio Martini) and Padua (with Andrea Riccio).

The exhibition also introduces and contextualizes some lesser-known artists, with artworks that are rarely seen due to their location (churches, villages, museum display conditions).

Exhibition organized by the Musée du Louvre and the City of Milan through Castello Sforzesco, where it will be presented from March 5, to June 6, 2021.