The M HKA Museum of Contemporary Art in Antwerp has installed a new board and is also overseen by Museum Director Bart De Baere and Museum President Herman De Bode.

The M HKA Museum of Contemporary Art in Antwerp has installed a new board. The M HKA is also overseen by Museum Director Bart De Baere and Museum President Herman De Bode. Under their influence, a clear and ambitious vision for the museum’s future is quickly developing. The city of Antwerp contains one of the biggest ports in the world and has a rich cultural and artistic history, spanning from Rubens to Tuymans.

M HKA is an internationally respected museum of visual art, film and sculpture. It holds a permanent collection of contemporary Belgian art, as well as important works from international artists. The building also contains an independent cinema and a library of contemporary art.

Following the renovation work, the new board was revealed in December 2017 and is remarkable for a number of reasons. Firstly, the board consists of international representatives for the first time in the museum’s history.

Secondly, it is clear that the M HKA has a clear vision to become a landmark museum building in collaboration with City council member, Alderman Rob van De Velde. De Velde is the alderman of urban planning in Antwerp. Finally, the Turkish board member, Vasif Kortun, is specialised in curation of public programs and the creation of e-books and print publications. He is known for his ability to digitise archives effectively. Kortun could work with the Minister of Culture, Sven Gatz to create an art archive to represent works ranging from the entire local county. In accordance with the Flemish Decree of Good Governance, the Board of Directors must consist of seven members appointed by the Flemish Community as well as four independent members. The independent board members chosen by the M HKA are:

Eugene Tan – Founding Director of the National Gallery of Singapore

The appointment of Eugene Tan and Vasif Kortun point towards renewed efforts at globalisation for the museum. Up until this point, Bart De Baere was overseeing the globalisation project along with support from the wider Flemish community. As part of the development, M HKA are also planning a new building with a fully operational museum infrastructure. M HKA has already made significant steps towards internationalisation and is now looking to create structural links with other institutions.

Vasif Kortun is internationally renowned as a write and curator in the field of contemporary visual art. He was the Head Curator and Director of the third International Istanbul Biennial in 1992.

Eugene Tan has a PhD in history of art and has been a pivotal part of stimulating the development of the broader Singapore art scene. He was involved in initiating the Singapore Biennial and establishing the Institute of Contemporary Arts Singapore at the LASALLE College of the Arts. As Founding Director of the National Gallery of Singapore, he has developed the institution into a leading centre for the arts, linking contemporary art to a broad historical and sociocultural narrative. 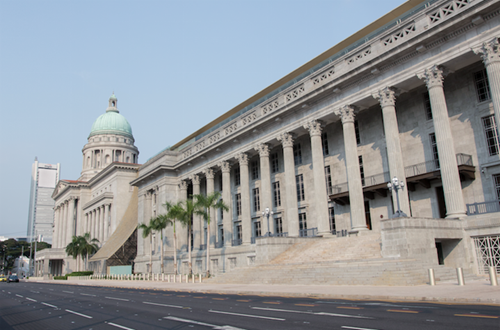 Katrien Mattelaer was selected as part of the board thanks to her experience with complex project management. As an independent consultant in financial advice, acquisitions and the valuation of companies, she has managed the treasury and financial and administrative management of the Vlerick Group of companies.

Professor Dr Frederick Swennen brings exceptional legal insight to the board and is a specialist in artists’ estates. Swennen will provide guidance for collectors and artists.