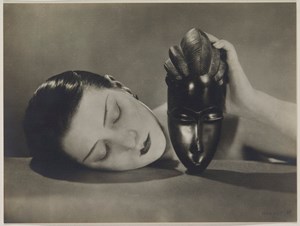 Man Ray’s iconic photography “Noire et Blanche” from the Thomas Koerfer Collection to be offered on 9 November in Paris.

Man Ray’s iconic photography “Noire et Blanche” from the Thomas Koerfer Collection to be offered on 9 November in Paris.

Christie’s France is pleased to announce that it will offer “Stripped Bare: Photographs from the Thomas Koerfer Collection,” comprising 74 lots and led by the emblematic Man Ray masterpiece, Noire et Blanche, formerly in the collection of Jacques Doucet, on November 9, while collectors are gathered for the Paris Photo Fair.

Thomas Koerfer is a highly-regarded film director, writer as well as producer, whose films include, Moon Father, Death of the Flea Circus, Henry’s Romance and The Passionate. From childhood Koerfer was surrounded by the art collection of his parents and in 1992 he established his own collection by concentrating on modern and contemporary photography, and some years later he added paintings and sculptures from the same era. The entire collection focuses on the body and human form as well as the various aspects of sensuality and sexuality and represents the most comprehensive and nuanced group of works on this theme. Twenty years after starting to collect photography, Thomas Koerfer was elected President of the Board of the Foundation of the Fotomuseum Winterthur in 2002 and also became a member of the board of the Kunsthalle Zurich, a position he held for ten years. His collection was exhibited in 2007 at CO Berlin, followed by a show at the Kunsthaus Zurich in 2015.

Noire et Blanche, was first published in the Parisian edition of Vogue in May 1926. This quiet, elegant and dreamy study naturally appealed to Jacques Doucet, the great French fashion icon and designer. His own vision, which combined the ancient and primitive arts with his graceful and modern taste, is complimented by Man Ray’s vision of a surreal twist of tonality.

This work on sale on 9 of November, is the earliest print of this iconic image and will be offered with an estimate of €1,000,000- 1,500,000. In addition the Thomas Koerfer collection will present a print by Diane Arbus: Identical Twins, Roselle, NJ, 1969 estimated at €400,000-600,000, a daguerreotype from 1850 and important and contemporary works by Katy Grannan, Thomas Ruff, Cindy Sherman, Nobuyoshi Araki, Robert Frank, Francesca Woodman and Paul Outerbridge.