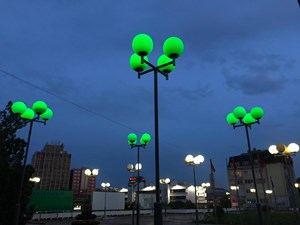 The first symbolic urban interventions created in Prishtina, Kosovo by the renowned design and innovation bureau CRA-Carlo Ratti Associati have been revealed. In March 2021, CRA was selected to conduct Manifesta 14’s urban vision of Prishtina.

The first symbolic urban interventions created in Prishtina, Kosovo by the renowned design and innovation bureau CRA-Carlo Ratti Associati have been revealed. In March 2021, CRA was selected to conduct Manifesta 14’s urban vision of Prishtina. The urban vision informs how Manifesta 14 will take shape within the local context but most importantly it is commissioned to develop how the City of Prishtina could be transformed through reclaiming public space by its citizens. In the press conference Carlo Ratti spoke about the early findings from CRA’s research which was conducted during the past three months, as well as giving his vision as to how the City of Prishtina can be developed in the future according to an open-source framework.

CRA’s multidisciplinary design team, based between Turin, New York City, and Prishtina, has proposed a new methodology focusing on participatory urbanism, which is to be tested in Prishtina for the first time. The methodology is composed of three different phases. The initial one, which took place from the start of March 2021, consisted of an extensive series of maps of Prishtina, primarily looking at the state of the city’s public space. This helped to illuminate hidden spatial and social patterns as well as to distinguish key spots - squares and streets, parks and green areas - that are currently underused or misused. During the summer of 2021, as the second phase of the project, these places will become the sites of a series of temporary urban interventions, suggesting alternative ways in which public space might be reclaimed. In the third phase of the project, people will have the possibility to “vote with their feet”: that is, giving direct comments on the design actions. This feedback mechanism will contribute to establish which intervention should be preserved and consolidated for the future of the Kosovo capital, fostering the city’s permanent evolution. 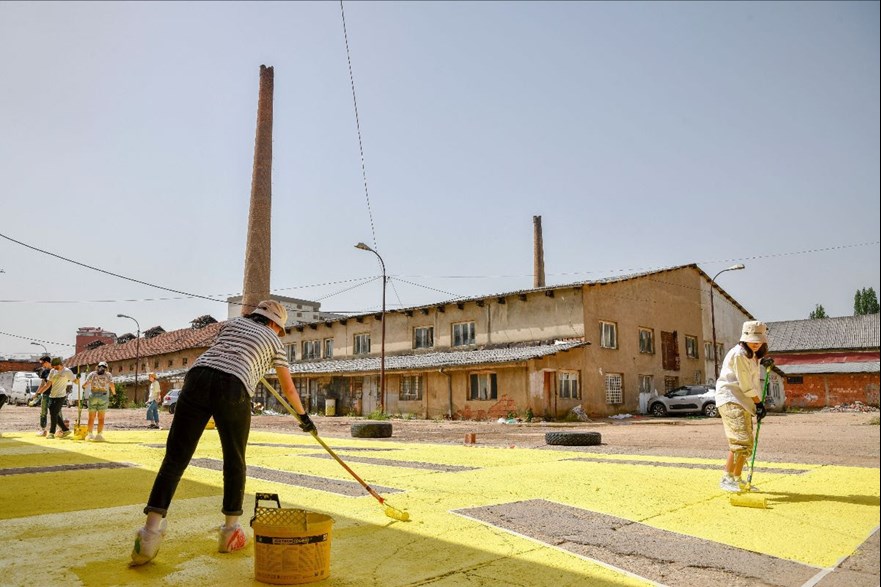 It's a unique moment for urban life. Far from rendering cities obsolete, the health emergency of the last year has acted as a catalyst for innovation. This allows us to rethink most assumptions on how we would like our cities to be - in an urban rendition of what the economist Joseph Schumpeter called “creative destruction”. Our project for Manifesta 14 is a first-time experiment with a new methodology for open-source urbanism. It's hard to think of a better living lab than Prishtina - a young capital with extraordinary bottom-up energy and a shifting relationship with public space. Effectively, there is no way to tell which transformation is best unless we test it, and this is what we will start investigating this summer. We invite all people to share their feedback on the urban interventions and contribute to accelerating the evolution of Prishtina.

Carlo Ratti, founding partner at CRA design and innovation office, and professor at the Massachusetts Institute of Technology.

The first symbolic intervention will take place at the previously discarded space of the Brick Factory – the city’s most important post-industrial site – and will temporarily be turned into a community space. Through creating an “urban living room", the intervention aims to trigger a debate about how this space can be used by the citizens of Prishtina, how it can be made accessible to the communities and how it can become part of the city’s infrastructure. Alongside the Brick Factory’s urban intervention, a second site, will also test CRA’s methodology. This will take place in the former Hivzi Sulejmani Library, an early 20th century building whose exquisite little garden is currently inaccessible, despite its central location. Together with the local communities and students from the Architectural Faculty of Prishtina’s University, Manifesta 14 aims to shape a new and alternative communal space for the neighbourhood and, through this action, hopes to show how to convert abandoned public spaces into areas where the community can interact with one another.

Both the Brick Factory and the former Hivzi Sulejmani will be used as venues for the upcoming edition of Manifesta in 2022 and are part of its vision to reactivate and reclaim public space in Prishtina.