Meeting Artissima: a fair of the future 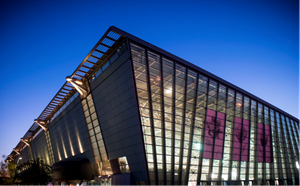 Artissima is Italy’s most important art fair, focused on contemporary art. Since the fair’s establishment during 1994, Artissima is considered one fundamental event in Torino as well as a unique event in the European cultural scene. The dynamic of the fair is undeniable and has a tremendous influence on the local economy. Every year, a huge international audience is actively participating in fair’s events. With more than 200 galleries participating each year, the fair is an attraction for many artists as well as curators for contributing into the re-discovery of the contemporary art scene.

‘’While art alone may not be able to change the world, we hope that the encounter with surprising    and thrilling works can change the way each of us looks at reality.’’ Ilaria Bonacossa

Artissima is Italy’s most important art fair, focused on contemporary art. Since the fair’s establishment during 1994, Artissima is considered one fundamental event in Torino as well as a unique event in the European cultural scene. The dynamic of the fair is undeniable and has a tremendous influence on the local economy. Every year, a huge international audience is actively participating in fair’s events. At the same time, Artissima has managed to succeed in creating creative collaborations between local museums and institutions for the implementation of special projects. The main vision of Artissima art fair is centered on experimentation and research: every new edition has something new to offer to the art landscape. With more than 200 galleries participating each year, the fair is an attraction for many artists as well as curators for contributing into the re-discovery of the contemporary art scene.

This year is the 24th edition of Artissima with 206 galleries and more than 700 artists participating, but also more than 46 curators and museums directors in juries and special initiatives. The leadership of Ilaria Bonacossa introduces a new era for the art fair. Ilaria Bonacossa has appointed as the new director and she will help the fair’s iterations between 2017 and 2019.

As Bonacossa has stated, ‘’ for a curator, directing Artissima is an opportunity not only to rediscover the past, but also to get a glimpse of the future of art, challenging the status quo.’’ This glimpse of the future of art is translated into the support of young artists as main interest of Artissima 2017. At the same time, the focus is also concerned the Italian art scene as there is a bigger eye on the Italian artists of the future.

The significance of Artissima 2017 is combined with the 50th anniversary of Arte povera. The connection between the fair and the city itself is reinforced. Bonacossa believes that ‘“2017 marks an important anniversary, not just for Torino but for the entire art world: 50 years have passed since the first Arte Povera exhibition (in 1967), the most revolutionary, thrilling, and poetic avant-garde movement of the postwarera, which reflected the contemporary spirit of this city”. Indeed, the importance of Arte Povera’s anniversary combined with the worldwide influence of Artissima gives Torino the strength to become the Italian capital of contemporary art. In this frame, a specific research project funded by the Chamber of Commerce of Torino is organized for measuring the impact of the art fair on the city.

For the 24th edition of Artissima, seven sections are scheduled. Four of them are selected by the fair’s committee: the main section, the new entries, a dialogue section and an edition and publishing section. An international board of curators and directors has curated the three other sections with named as Present Future, Back to the Future and Disegni which is one of the initiatives of the fair this year.

Next to these seven sections, the art fair has organized two special projects. The first one with the name Deposito d’Arte Italiana Presente is curated by Ilaria Bonacossa and Vittoria Martini. The focus is centered on the Italian art scene and more specifically on galleries participating in the fair and contributing to the production of contemporary art history in the country. Deposito is a place for making a journey among the last 20 years of Italian art. At the same time though, Deposito captures the today scene and tries to understand the future development of Italian art landscape. The second special project is part of theclassroom@artissima with the name Piper.Learning at the discotheque. This project is coordinated by ‘’the classroom’’ a center of art and education. The director Paola Nicolin has as goal to reinvent the relations between practices of exhibition and pedagogy as well as to raise the awareness of non-institutional centers involved with contemporary art. The inspiration of this special project came by the Piper Club in Torino, which became a popular venue from 1966 to 1969.

Except from new developments concerning the sections and the special projects, Artissima introduces two new awards during the 24th edition of the art fair. First is the OGR Award, a new prize of Fondazione per l’Arte Moderna e Contemporanea CRT leading to the acquisition of a work as part of the foundation’s collection. Next comes the Campari Art Prize which remarks the new partnership between Artissima and Campari. This prize is for artists under 35 who have their focus of their work on evocative storytelling and on the communicative dimension of art. Next to these prizes, there are 4 mores. The Refresh Irinox Prize concerns the new Disegni section and the Fondazione Ettore Fico Prize encourages the work of a young artist. The illy Present Future Prize is supported by illycaffè since 2001 and is assigned to the artist whose research is considered as the most innovative by an international jury. Finally, the Sardi per l’Arte Back to the Future Prize, based on the partnership with Fondazione Sardi per l’Arte, honors the gallery with the most interesting project in terms of historical importance and presentation.

One more important development for 24th edition of Artissima is the digitalization of the fair with main example the virtual than paper catalogues. The online platform www.artissima.art is significant indicator of this year’s digital development. Visitors can have a closer look to all galleries and artists and at the same time saved their preferences. Furthermore, this digital catalogue is embodied with an online agenda for providing quick information to the participants and increase the accessibility of the fair. Another development of Artissima 2017 is the #SocialRoom. It is a recharge devices space for online audience, but also a space for social networking and digital inspiration.

In the frame of the new digital version of Artissima, the fair reprises #ArtissimaLive. Through the coordination of Elena Bordignon, founder of ATP Diary, a live editorial staff will collaborate for creating a content produced inside the fair. We feel honored to announce that Art Dependence is starting a collaboration with Artissima with being part of #ArtissimaLive. Art Dependence will be present during the fair among other online magazines, bloggers, and sector magazines, offering an accurate insight of the art fair to our readers.