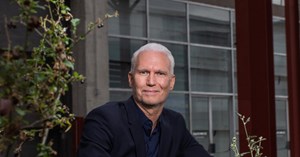 In another round of upheaval at the Museum of Contemporary Art in Los Angeles, Klaus Biesenbach, the museum’s artistic director and former director, travels to Berlin to run the Neue Nationalgalerie and the future museum of the 20th century, the Berlin Museum announced.

Biesenbach’s resignation came a week after MOCA, as it is known, named Johanna Burton to the newly created position of CEO and said she would share the museum’s management responsibilities with Biesenbach. He had been appointed director of the museum in 2018, but was moved to the position of artistic director earlier this year as the museum struggled with criticism over its lack of diversity and struggled with cuts forced by declining revenues amid the pandemic.

The day before the announcement of Biesenbach’s departure, he was ready to announce the opening of a new exhibition by Pipilotti Rist, a Swiss video artist, at Geffen Contemporary, MOCA’s warehouse in downtown Los Angeles. It was a signature exhibition that had been in works for almost three years.

Biesenbach, 55, was born in Germany. He came to Los Angeles after being the director of the MoMA PS1. He was appointed curator of the Museum of Modern Art in New York in 2006. And at the age of 25, he was one of the founders of the Kunst-Werke Institute for Contemporary Art in Berlin, where he began his career in museums.