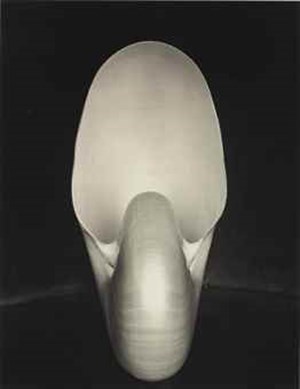 Christie’s presents Modern Visions: Exceptional Photographs, to be sold on behalf of the U.S. Government, beginning with an Evening sale on February 17.

Christie’s presents Modern Visions: Exceptional Photographs, to be sold on behalf of the U.S. Government, beginning with an Evening sale on February 17 at 6pm, followed by morning and afternoon sessions on February 18, as well as a series of nine online-only sales throughout 2016. The collection is a record of a rich period of photography between the two world wars, on both sides of the Atlantic by many of the greatest American and European photographers of the late 19th century and modern era. The focus is on Alfred Stieglitz and his circle, including Paul Strand, Gertrude Käsebier, Alvin Langdon Coburn, Edward Weston and several key works by Edward Steichen. A rich selection of key European artists, particularly from Paris, include Man Ray, Constantin Brâncuși, Gustave Le Gray, among others.

Highlights from the Evening Sale include Edward Steichen’s oversized ‘In Memoriam’, produced in 1901, a rich and complex nude figure study; two other extant examples reside at the Metropolitan Museum of Art, New York, and the Musée d’Orsay in Paris. It is matched only by Alfred Stieglitz’s stunning backlit portrait in platinum of Georgia O’Keeffe holding an African statue from 1919. A rare and abstract ‘Vortograph’ by Alvin Langdon Coburn from 1917 found its way into this collection, originally in the possession of Leonard Arundale, a close friend of the artist. And Paul Strand’s iconic platinum print of ‘Taos, New Mexico, Ranchos Church #2’ from 1931, overleaf, shows the control the artist had over the medium.

Paris was the hub of all things experimental and avant-garde, drawing under its artistic sway figures such as Man Ray, André Kertész and Constantin Brâncuși. Their achievements were foreshadowed by the monumental achievements of both Gustave Le Gray, in the middle of the previous century, and Eugene Atget, a more immediate inspiration. Three outstanding large Le Gray albumen prints are represented in this collection, including ‘Bateaux quittant le port du Havre (navires de la otte de Napoleon III)’, from 1856, as well as a richly toned albumen print by Atget of Notre Dame, from 1923.

I am not blind to the sensuous quality in shells, with which they combine the deepest spiritual significance: indeed it is this very combination of the physical and the spiritual in a shell like the Chambered Nautilus, which makes it such an important abstract of life. Edward Weston

Situated at the pinnacle of 20th Century photography, Edward Weston’s Shell from 1927 perfectly embodies the principles of Modernism. Following a brief if productive Pictorialist phase, Weston began building on the foundations set by Alfred Stieglitz and his New York circle during his three-year stay in Mexico. By the time Weston returned to California at the end of 1926, his style, inspired and informed by Cubism, Dada and Mexican Social Realism, was emphatically modern, displaying a fondness for crispness in line, abstraction in form and wide-ranging tonality.