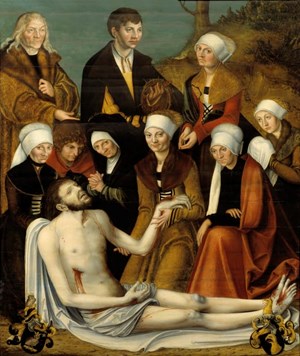 Following a request for restitution from the Polish Ministry of Culture and National Heritage in Warsaw, Nationalmuseum has written a letter to the Swedish Government recommending that a painting in the museum’s collections should be returned to Poland.

Image: The School of Lucas Cranach the Elder, The Lamentation of Christ. Photo: Nationalmuseum

Following a request for restitution from the Polish Ministry of Culture and National Heritage in Warsaw, Nationalmuseum has written a letter to the Swedish Government recommending that a painting in the museum’s collections should be returned to Poland.

Documentation that has been presented shows that the painting is almost certainly identical to the one being requested and is therefore stolen. The return of the painting to Muzeum Narodowe we Wrocławiu in Poland is therefore in keeping with the international conventions in this area.

Nationalmuseum has recommended to the Swedish Government that the painting The Lamentation of Christ by the School of Lucas Cranach the Elder, should be returned to Muzeum Narodowe we Wrocławiu in Poland. The Polish Ministry of Culture and National Heritage in Warsaw has submitted a request for restitution of this work, which was previously in the former Schlesische Museum der Bildenden Künste in Breslau (now Wroclaw), predecessor to the present-day Muzeum Narodowe we Wrocławiu. A special commission at the Polish Ministry of Culture and National Heritage for artworks lost after World War II has presented documents showing that the painting at Nationalmuseum is almost certainly identical to that requested. 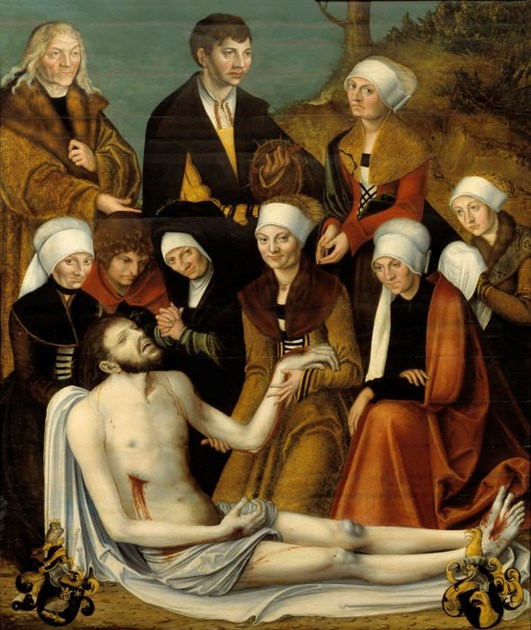 Image: The School of Lucas Cranach the Elder, The Lamentation of Christ. Photo: Nationalmuseum

“We have examined the case in consultation with the Swedish National Heritage Board and feel that the return of a stolen cultural object is in keeping with the international conventions in the area, those of UNESCO and the European Council. This case is a good example, illustrating why proactive research into provenance and issues of restitution are necessary in all countries with large and important collections. This is needed throughout the Nordic region,” says Susanna Pettersson, director general of Nationalmuseum.

The painting was purchased for Nationalmuseum’s collections at auction in Mariefred in 1970, for SEK 4,000.It was sold by the estate of Sigfrid Häggberg. At this date, prior to the fall of the Berlin Wall, there was no suspicion that the painting could have been stolen; there were no illustrations of it in the available literature about Cranach,nor had the lists of evacuated objects ever been made public. The provenance information in Nationalmuseum’s inventory states that the painting belonged to Director Häggberg in Mariefred and was previously in Polish ownership.

Nationalmuseum and experts from Poland have now conducted a detailed review of the painting’s history and discovered information that was not previously available. The painting was on a list drawn up in November 1945, with objects that were evacuated from the former Schlesische Museum der Bildenden Künste in Breslau (Wroclaw) and transferred for storage in Kamenz (now Kamieniec Ząbkowick) in Poland. When Soviet troops left the occupied area at the end of February 1946, hundreds of paintings on the list were missing, including this one.Following the painting’s fate more closely is not possible until it appears in Mariefred, Sweden, where it belonged to the Warsaw-Swede Sigfrid Häggberg. During World War II, he was director of L M Ericsson’s two Polish subsidiaries.In 1942 he was arrested by the Gestapo and sentenced to death, along with three other Swedes, after being accused of helping the Polish resistance movement. Among other things, he had smuggled out documents revealing the Nazi atrocities aimed at both the Jewish and Polish peoples. His punishment was commuted to a life sentence and, after a special plea from King Gustaf V, Häggberg was released in 1944. After the war he returned to Poland to restart work at L M Ericsson. According to Häggberg’s family, he did not buy the painting but was taking care of it for an individual who had given it to him for safekeeping. This person then never returned.